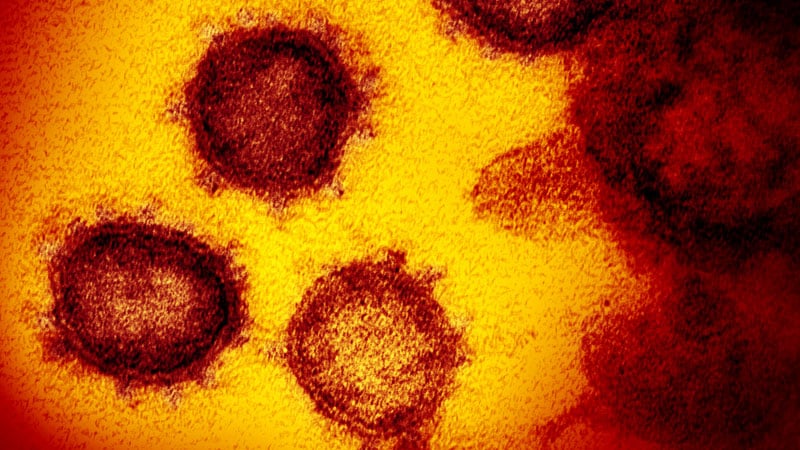 After a new, potentially more easily transmissible genetic variant of SARS-CoV-2 was reported in the United Kingdom, several scientists have said that current vaccines are likely to protect against the new variant, and vaccine manufacturers are running tests to make sure.

But as a larger proportion of the global population becomes immune to SARS-CoV-2 through infection or vaccination, the virus will likely evolve to escape that immunity, and vaccines may need to be updated, Edward Holmes, PhD, told Medscape Medical News.

“I can’t predict what mutations will appear in what order at what time, but I can make a pretty sure prediction it’s going to evolve and escape immunity like everything always does,” said Holmes, an evolutionary virologist at the University of Sydney, Sydney, Australia, who was involved in mapping the SARS-CoV-2 genome. “That’s an inevitable consequence of natural selection. It’s been played out for millennia and will happen again.”

Research will show whether current vaccines are still highly effective against the newly reported variants. If they are, “we can breathe a small sigh of relief,” Holmes told Medscape Editor-in-Chief Eric Topol, MD, leader of the Scripps Translational Science Institute in La Jolla, California, in an upcoming episode of One-on-One Interviews. Other virologists and vaccinologists have tweeted in recent days that they anticipate that the new variant is likely not sufficiently different to make current vaccines ineffective.

New Variant of an “Endemic” Virus

The UK variant of SARS-CoV-2, named lineage B.1.1.7, has a large number of genetic differences, particularly in the virus’ spike protein, according to scientists who authored a preliminary genomic characterization of the variant. They identified three mutations with potential biological effects: N501Y, which changes an amino acid in the spike protein’s receptor binding domain; the deletion of two amino acids in the spike at sites 69–70; and another amino acid change, P681H.

The variant appears to be growing rapidly in the United Kingdom, Holmes said, because the new lineage is increasing in frequency compared to others. The same phenomena appears to be occurring in South Africa, where a different genetic lineage with the N501Y mutation is spreading, Minister of Health Zwelini Mkhize, MBCHB, announced on December 18.

There’s evidence that viral loads are heavier in people infected with the UK variant, as indicated by lower average cycle threshold values for PCR tests and more sequence reads when samples are sequenced, Holmes said. This would explain the new variant’s faster growth.

Previous research has shown the N501Y mutation in the spike protein is critical for host-cell receptor binding. That mutation provides a molecular explanation for the observed higher viral loads in infected patients, Holmes said, but a complete functional characterization of the biological implications of the lineage’s multiple mutations is still to come.

One theory for how the new variant evolved with so many mutations is that a single person, perhaps immunocompromised, had a partial immune response to a chronic infection that provided a unique set of selective pressures for the virus to evolve in an unusual way.

In the future, Holmes anticipates that SARS-CoV-2 will evolve in a more directed way after more people become immune through infection or vaccination and it becomes harder for the virus to find a susceptible host. Only the fittest strain will make it, and outbreaks will likely become more seasonal, he said.

“I would put money on this being an endemic respiratory virus,” Holmes said. “Even if we roll out the best vaccine coverage program ever, we’re not going to vaccinate everybody…. The virus will evolve fast enough to keep itself going, and people will reenter the susceptible class.

“We will need very likely to update these vaccines at some point,” Holmes predicted. “Maybe that will take 2 years, or 5 years, or 1 year.”

If COVID-19 vaccines do need to be updated in the future, it can likely be done without testing the new versions in additional large clinical trials of tens of thousands of people, Peter Marks, MD, head of the US Food and Drug Administration’s Center for Biologics Evaluation and Research, says in an upcoming episode of Coronavirus in Context with WebMD Chief Medical Officer John Whyte, MD, and Topol.

Updates to the current vaccines could be made using the strain change supplement paradigm developed for rapidly changing influenza vaccines, Marks said. The first couple of changes in strain may require immunogenicity studies, which require about 4000 participants, but subsequent changes may not require additional studies. “We’ll have a way of evolving here with these,” Marks said.

The question of how well current vaccines will deal with various mutations of SARS-CoV-2 “keeps me up at night,” Marks said. “You just wonder where it’s going to go now.”

Moderna, which developed an mRNA-based vaccine in partnership with the National Institute for Allergy and Infectious Disease, is “actively looking at all of the mutant strains that are emerging,” Chief Scientific Officer Melissa Moore, PhD, said at the December 19 meeting of the Advisory Committee on Immunization Practices. The company tests whether sera collected during animal studies of the vaccine in rodents and nonhuman primates can neutralize new strains of SARS-CoV-2.

“So far, we have found that all of the emerging strains that we’ve tested, the animal sera neutralizes them,” Moore said. The company will also test whether sera from clinical trial participants neutralizes emerging virus strains, and it will conduct deep sequencing studies of viruses that cause any breakthrough cases in clinical trial participants who received the vaccine to evaluate mutations.

BioNTech Chief Executive Ugur Sahin has said that the company has confidence the mRNA-based vaccine it developed with Pfizer will be effective against the new virus variant, which it will investigate: “The likelihood that our vaccine works,” he said, “is relatively high.”

Kerry Dooley Young contributed reporting. Ellie Kincaid is Medscape’s associate managing editor. She has previously written about healthcare for Forbes, the Wall Street Journal, and Nature Medicine. She can be reached by email at ekincaid@medscape.net and on Twitter @ellie_kincaid.