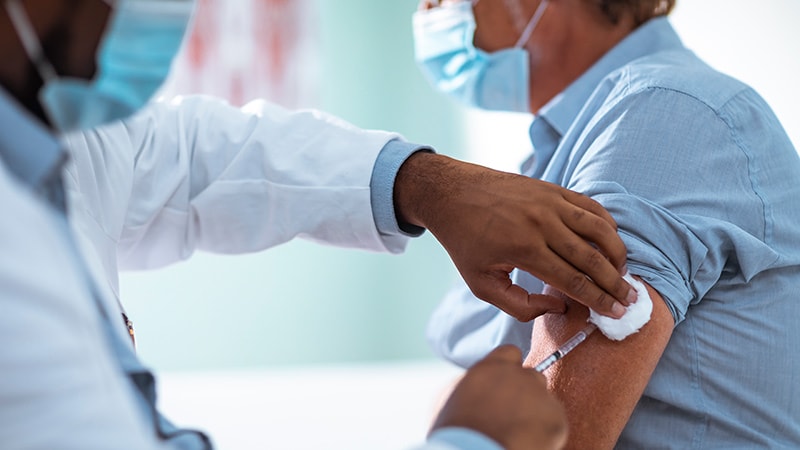 The first shipments of Pfizer/BioNTech’s COVID-19 vaccine will “start rolling” on Sunday, with initial shipments moving into the distribution chain by Monday, said a federal official who has helped coordinate the preparation for an expected rapid introduction of this product.

But federal officials already are planning ahead in case of hitches with production and distribution, with an intention of making sure people who get the initial doses of the COVID vaccine will be able to get a second shot, said US Army Gen. Gustave Perna, the chief operating officer for the federal effort to coordinate and promote COVID vaccine development and delivery, known as Operation Warp Speed.

On a Saturday call with reporters, Perna emphasized the quick action that will follow the US Food and Drug Administration’s (FDA’s) Friday decision to clear Pfizer/BioNTech’s COVID-19 vaccine for emergency use in people 16 years of age and older.

“Right now, boxes are being packed and loaded with vaccine, with emphasis on quality control,” Perna said.

Within the next 24 hours, shipments will begin from Pfizer’s manufacturing facility to UPS and FedEx hubs. From there, shipments of vaccine will move out to the 636 locations nationwide, which were earlier identified by the states and territories” for initial distribution, he said.

“We expect 145 sites across all the states to receive vaccine on Monday, another 425 sites on Tuesday and the final 66 sites on Wednesday, which will complete the initial delivery of the Pfizer orders for vaccine,” Perna said.

Other partners in the initial distribution process include the giant drug distributor McKesson and pharmacy chains Walgreens and CVS. Initial doses of the Pfizer-BioNTech vaccine will be given to the healthcare workers and people in nursing homes. State officials also have been offering reminders of their distribution plans in recent days, with the FDA’s emergency clearance of the Pfizer-BioNTech vaccine widely anticipated.

In Texas, for example the second largest US state by population after California, Gov. Greg Abbott on December 11 announced a plan to work with a federal program, the Pharmacy Partnership for Long-Term Care Program, to vaccinate residents and staff of long-term care facilities against COVID-19. The program is free of charge to facilities and sends staff and Pfizer vaccines from partnering Walgreens and CVS locations to these facilities to vaccinate residents and staff who volunteer to participate.

At the Saturday press conference, Perna noted that federal and state governments may soon have a second source of COVID vaccine supply, with the FDA also proceeding rapidly on its review of Moderna Inc’s vaccine. A panel of FDA advisers will meet December 17 to review Moderna’s bid for an emergency use authorization for its COVID vaccine.

In discussing preparation for a COVID vaccine launch in recent months, Perna has often used the word “cadence,” a favored term in military circles, to describe the goal of a steady flow of vaccine doses from manufacturers to Americans in need of these treatments.

Both the Pfizer and Moderna vaccines are intended to be administered in two doses. Federal officials intend to keep some vaccine supply in reserve as a hedge against possible production issues or other problems that could disrupt supply, he said.

“The reason why we’re holding on to the second dose, as well as some reserve is that we don’t have absolute confidence in the cadence — not because Pfizer or Moderna or the supporting manufacturers and fill finishers aren’t diligent in their process — but it is such a delicate process,” Perna said.

“We want to ensure perfection in the vaccine, because we don’t want anything going into an arm that would be a problem,” he added.

At the press conference, Perna was asked about a seeming shortfall in the initial shipments of the COVID-19 vaccine. The federal government earlier this week said it will distribute only enough doses of Pfizer’s COVID-19 vaccine to immunize 2.9 million Americans in the first week after the FDA clearance, far less than the initially discussed 6.4 million doses.

Perna said on Saturday that it appears the US could have 40 million doses of COVID-19 vaccine by the end of the month.