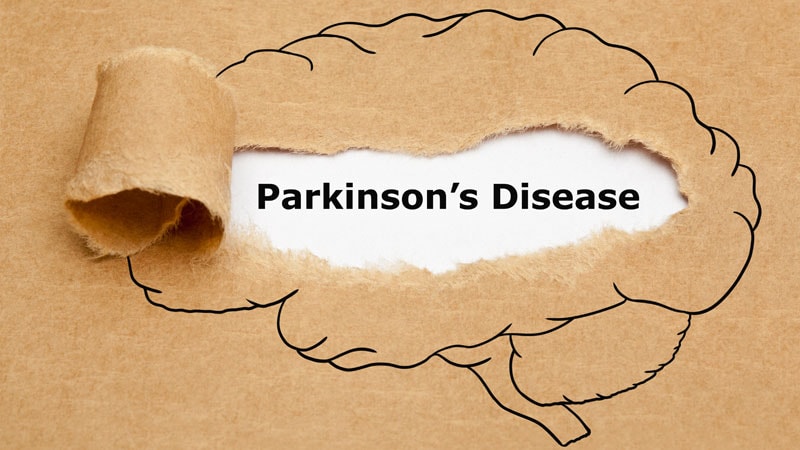 Focused ultrasound for ablation of the subthalamic nucleus in one hemisphere improved motor features in a selected group of patients with markedly asymmetric Parkinson’s disease, but was associated with a high rate of adverse events, including dyskinesias and other neurologic complications, in a new randomized sham-controlled trial.

“Longer-term and larger trials are needed to determine the role of focused ultrasound subthalamotomy in the management of Parkinson’s disease and its effect as compared with other available treatments, including deep-brain stimulation,” the authors conclude.

The trial is published online in the December 24 issue of the New England Journal of Medicine.

An accompanying editorial concludes that the high rate of adverse events and the lack of ability to modulate treatment over time to treat prominent tremor “raise questions about the appropriate implementation of focused ultrasound–produced lesions for the treatment of Parkinson’s disease.”

But to avoid craniotomy and electrode penetration, MRI-guided focused ultrasound for the ablation of deep-brain structures, including the subthalamic nucleus, is being investigated as a treatment for Parkinson’s disease.

Patients are potential candidates for ultrasound ablation if they have prominently asymmetric parkinsonism, if they are not considered to be clinically suitable candidates for surgery because of contraindications, or if they are reluctant to undergo a brain operation or to have an implanted device.

The current trial involved 40 patients with markedly asymmetric Parkinson’s disease who had motor signs not fully controlled by medication or who were ineligible for deep-brain stimulation surgery.

They were randomly assigned in a 2:1 ratio to undergo focused ultrasound subthalamotomy on the side opposite their main motor signs or a sham procedure.

Results showed that the primary endpoint — the mean Movement Disorder Society–Unified Parkinson’s Disease Rating Scale part III (MDS-UPDRS III) motor score for the more affected side decreased from 19.9 at baseline to 9.9 at 4 months in the active-treatment group (least-squares mean difference, 9.8 points); and from 18.7 to 17.1 in the control group (least-squares mean difference, 1.7 points).  The between-group difference was 8.1 points (P < .001).

The change from baseline in the MDS-UPDRS III score for the more affected side in patients who underwent active treatment varied, ranging from 5% to 95%; the changes were qualitatively more evident for reduction of tremor and rigidity than for bradykinesia.

Adverse events in the active-treatment group were the following:

In 6 patients in the active-treatment group, some of these deficits were present at 12 months.

The researchers note that an approach that has been suggested to reduce the risk of dyskinesias has been to extend ablations dorsal to the subthalamic nucleus in order to interrupt the pallidothalamic-projecting neurons.

The study also showed a greater reduction in the use of dopaminergic medication in the active-treatment group vs the control group, but the researchers note that the 95% confidence intervals for this and other secondary outcomes were not adjusted for multiple comparisons, so no definite conclusions can be drawn from these data.

They also point out that subthalamotomy was performed in one hemisphere, and the natural evolution of Parkinson’s disease eventually leads to motor impairment on both sides of the body in most patients.

“The likely need for an increase in the daily dose of levodopa equivalent to maintain function on the untreated side of the body could lead to the development of dyskinesias on the treated side. However, the few open-label studies of long-term (≥36 months) follow-up of radiofrequency subthalamotomy performed in one hemisphere do not provide support for this concern,” they say.

In their accompanying editorial, Joel S. Perlmutter, MD, and Mwiza Ushe, MD,  Washington University School of Medicine, St Louis, Missouri, note that surgical deep brain stimulation of the left and right subthalamic nuclei has shown a reduction in the severity of motor signs of 40% to 60% and a reduction in medication use of up to 50%. But this technique involves a small craniotomy with implantation of stimulating electrodes, which has a 1% to 5% risk of major adverse events such as hemorrhage, stroke, or infection.

Less severe complications include dystonia, dysarthria, gait impairment, dyskinesia, swallowing dysfunction, or change in verbal fluency; however, modification of the device programming may alleviate these effects. Nevertheless, some patients are wary of the implantation surgery and hardware and therefore decline to undergo deep-brain stimulation, the editorialists explain.

“The development of alternative procedures to deep-brain stimulation is important to the field of Parkinson’s disease treatment. The current trial begins the path to that goal, and improvements in targeting may improve the risk–benefit ratio and permit the use of lesions in both hemispheres, which would widen the population of eligible patients,” Perlmutter and Ushe write.

They point out that limiting the treatment to one side of the brain by ultrasound-produced lesioning constrains the application, since most patients with Parkinson’s disease have progression of symptoms on both sides of the body.

“The potential advantages and limitations of focused ultrasound–produced lesioning should be discussed with patients. We hope that improved technique will reduce the associated risks and increase the applicability of this provocative procedure,” the editorialists conclude.

This study was supported by Insightec, the Focused Ultrasound Foundation, Fundacion MAPFRE, Fundacion Hospitales de Madrid, and the University of Virginia Center of Excellence. Martinez ‑ Fernandez reports receiving for consultancy fees for Insightec . Ushe reports non-financial support for Abbott outside the submitted work. Perlmutter has disclosed no relevant financial relationships.