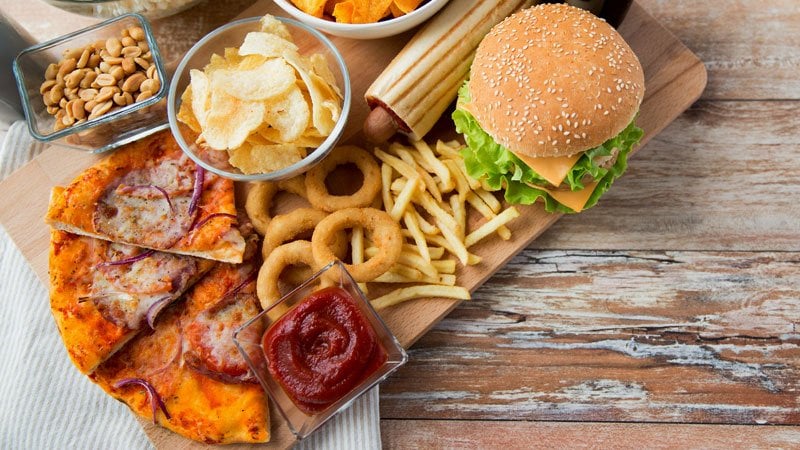 Yet another study has linked the consumption of ultraprocessed, or “junk,” foods to bad health outcomes.

In a longitudinal analysis of more than 22,000 men and women from southern Italy, those who consumed the most ultraprocessed food (UPF) had the highest risk for cardiovascular disease (CVD) and all-cause mortality, likely mediated through a diet high in sugar, researchers say.

High consumption of UPF in this Mediterranean cohort was associated with a 58% increased risk for CVD mortality and 52% higher risk of dying from ischemic heart disease (IHD) and cerebrovascular causes, independently of known risk factors for CVD, even among individuals who otherwise adhered to the Mediterranean diet.

The findings “should serve as an incentive for limiting consumption of UPF and encouraging natural or minimally processed foods, as several national nutritional policies recommend,” Marialaura Bonaccio, PhD, Department of Epidemiology and Prevention, IRCCS NEUROMED, Pozzilli, Italy, and colleagues write. The results were published online December 18 in the American Journal of Clinical Nutrition.

Earlier this year, as reported by Medscape Medical News, researchers found mounting evidence that the obesity epidemic and the increase in incidence of related chronic conditions corresponded with an increase in the intake of UPF.

A study that was conducted in a European cohort found that adults whose diet included more UPF and beverages, such as ice cream, soda, and hamburgers, were more likely to develop CVD or die sooner than others who had a more wholesome diet.

As reported previously by theheart.org | Medscape Cardiology, among adults in France who had a 10% higher intake of UPF and beverages, the rate of CVD, coronary heart disease, and cerebrovascular disease was 11% to 13% higher over a period of about 5 years.

Similarly, university graduates in Spain who consumed more than four servings of UPF and beverages a day were 62% more likely to die of any cause over about a decade than those who consumed less than two servings per day.

There is very little actual food in UPF. “The NOVA classification provides 4 main classes of food and beverages, the last of which is represented by the ultra-processed food (UPF) group. This comprises products (e.g. snacks, drinks, and ready meals, ‘created mostly or entirely from substances extracted from foods or derived from food constituents with little, if any intact food, which often contain flavours, colours, and other additives that imitate or intensify the sensory qualities of foods or culinary preparations made from foods,’ ” Bonaccio and colleagues write.

Such foods are very convenient, tasty, inexpensive, and have a long shelf life. They are highly competitive with foods that are naturally ready to consume and freshly prepared dishes and meals, the authors add.

The researchers conducted a longitudinal analysis on 22,475 men and women (mean age, 55 years; range, 43 – 67 years) who were recruited from the Moli-sani Study, a population-based cohort of men and women aged 35 years and older in the Molise region of southern Italy, between 2005 and 2010. Participants were followed for 8.2 years.

Food intake was assessed with the Food Frequency Questionnaire; UPF was defined using the NOVA classification according to degree of processing.

UPF intakes were categorized as quartiles of the ratio of UPF to total food consumed.

High consumers of UPF, defined as those for whom UPF constituted more than 14.6% of their total diet, were more likely to be women, to be younger, and to have a higher educational level. They also reported fewer risk factors and fewer baseline chronic diseases and health conditions than persons who consumed UPF less frequently.

In addition, high consumption of UPF was associated with lower adherence to the Mediterranean diet; higher intake of fat, sugar, dietary cholesterol, and sodium; but lower intake of fiber.

The More UPF, the Higher the Risk for CVD, Death

The researchers found a direct linear dose-response relation between a 5% increase in the proportion of UPF in the diet and risk for all-cause and CVD mortality.

High sugar content accounted for 36.3% of the relation of UPF with IHD/cerebrovascular mortality. Other nutritional factors, such as saturated fats, were unlikely to play a role, the researchers write.

Biomarkers of renal function accounted for 20.1% of the association of UPF with all-cause mortality and 12.0% for that of UPF with CVD mortality.

Subgroup analyses indicated that the magnitude of the association between UPF and all-cause mortality risk was greater among high-risk individuals, such as those with a history of CVD or diabetes. UPF was also likely to be more strongly associated with CVD mortality among those high-risk groups.

The interesting finding that the association between UPF and CVD mortality was greater among individuals with good adherence to the Mediterranean diet, which is known to have health benefits, could be explained by the fact that people who may benefit from a Mediterranean diet are more susceptible to losing health advantages when they also include “detrimental dietary behavior,” whereas those who consume a poor-quality diet are less likely to be harmed by an additional unhealthy behavior such as eating UPF regularly, Bonaccio and colleagues write.

“These higher risks appear to be mediated in part by high intakes of saturated fat and sugar, but lower intakes of health-promoting aspects of diet also likely contribute to the findings,” Willett said.

“Some processing of food can be useful for preservation and control of infectious agents, but in general, a diet emphasizing minimally processed fruits and vegetables, whole grains, nuts, legumes, and plant sources of fat will be best for long-term well-being,” he said.

The study was supported in part by the Italian Ministry of Health and the HYPERCAN Study Italian Association for Cancer Research. Bonaccio and Willett report no relevant financial relationships.