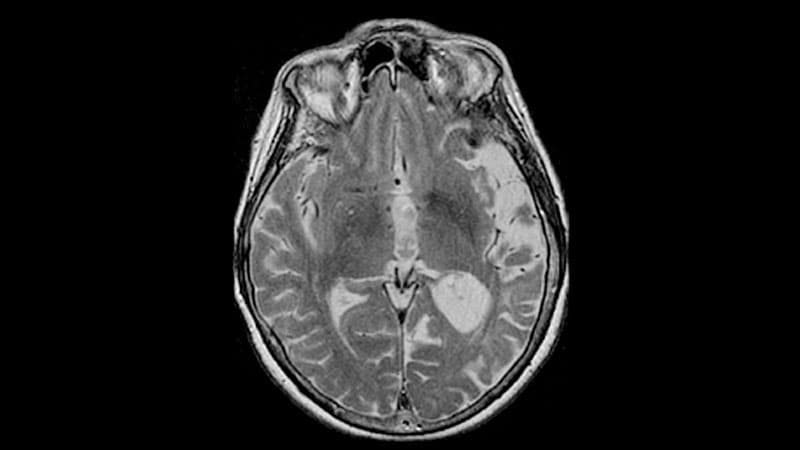 Patients with a rare type of Alzheimer’s disease do not show the memory loss characteristic of the condition even over the long term, new research suggests. They also show some differences in neuropathology to typical Alzheimer’s patients, raising hopes of discovering novel mechanisms that might protect against memory loss in typical forms of the disease.

“We are discovering that Alzheimer’s disease has more than one form. While the typical Alzheimer’s patient will have impaired memory, patients with primary progressive aphasia linked to Alzheimer’s disease are quite different. They have problems with language — they know what they want to say but can’t find the words — but their memory is intact,” lead author Marsel Mesulam, MD, told Medscape Medical News.

“We have found that these patients still show the same levels of neurofibrillary tangles which destroy neurons in the memory part of the brain as typical Alzheimer’s patients, but in patients with primary progressive aphasia Alzheimer’s the nondominant side of this part of the brain showed less atrophy,” added Mesulam, who is director of the Mesulam Center for Cognitive Neurology and Alzheimer’s Disease at Northwestern University Feinberg School of Medicine, Chicago, Illinois. “It appears that these patients are more resilient to the effects of the neurofibrillary tangles.”

The researchers also found that two biomarkers that are established risk factors in typical Alzheimer’s disease do not appear to be risk factors for the primary progressive aphasia (PPA) form of the condition.

The study was published online in the January 13 issue of Neurology.

PPA is diagnosed when language impairment emerges on a background of preserved memory and behavior, with about 40% of cases representing atypical manifestations of Alzheimer’s disease, the researchers explain.

“While we knew that the memories of people with primary progressive aphasia were not affected at first, we did not know if they maintained their memory functioning over years,” Mesulam noted.

The current study aimed to investigate whether the memory preservation in PPA linked to Alzheimer’s is a consistent core feature or a transient finding confined to initial presentation, and to explore the underlying pathology of the condition.

The researchers searched their database to identify patients with PPA with autopsy or biomarker evidence of Alzheimer’s, who also had at least two consecutive visits during which language and memory assessment had been obtained with the same tests.

The authors point out that characterization of memory in patients with PPA is challenging because most tests use word lists, and thus patients may fail the test because of their language impairments. To address this issue, they included patients with PPA who had had memory tests involving recalling pictures of common objects.

Brain scans were also available for the patients with PPA, as well as postmortem evaluations for eight of the PPA cases and all the typical Alzheimer’s cases.

Results showed that patients with PPA had no decline in their memory skills when they took the tests a second time. At that point, they had been showing symptoms of the disorder for an average of 6 years. In contrast, their language skills declined significantly during the same period. For typical Alzheimer’s patients, verbal memory and language skills declined with equal severity during the study.

Postmortem results showed that the two groups had comparable degrees of Alzheimer’s pathology in the medial temporal lobe — the main area of the brain affected in dementia.

However, MRI scans showed that patients with PPA had an asymmetrical atrophy of the dominant (left) hemisphere with sparing of the right sided medial temporal lobe, indicating a lack of neurodegeneration in the nondominant hemisphere, despite the presence of Alzheimer’s pathology.

It was also found that the patients with PPA had significantly lower prevalence of two factors strongly linked to Alzheimer’s — TDP-43 pathology and APOE ε4 positivity — than the typical Alzheimer’s patients.

The authors conclude that: “Primary progressive aphasia Alzheimer’s syndrome offers unique opportunities for exploring the biological foundations of these phenomena that interactively modulate the impact of Alzheimer’s neuropathology on cognitive function.”

“Preservation of Cognition Is the Holy Grail”

In an accompanying editorial, Seyed Ahmad Sajjadi, MD, University of California, Irvine; Sharon Ash, PhD, University of Pennsylvania, Philadelphia; and Stefano Cappa, MD, University School for Advanced Studies, Pavia, Italy, say these findings have important implications, “as ultimately, preservation of cognition is the holy grail of research in this area.”

They point out that the current observations imply “an uncoupling of neurodegeneration and pathology” in patients with PPA-type Alzheimer’s, adding that “it seems reasonable to conclude that neurodegeneration, and not mere presence of pathology, is what correlates with clinical presentation in these patients.”

The editorialists note that the study has some limitations: the sample size is relatively small; not all patients with PPA-type Alzheimer’s underwent autopsy; MRI was only available for the aphasia group; and the two groups had different memory tests for comparison of their recognition memory.

But they conclude that this study “provides important insights about the potential reasons for differential vulnerability of the neural substrate of memory in those with different clinical presentations of Alzheimer’s pathology.”

How serendipity sent this oncologist in search of a cure for cancer
Large Study Confirms COVID Vaccines Safe for Pregnant Women
Could There Be a Vaccine for Type 1 Diabetes?
What you need to know about Paxlovid rebound
We’re Reacting to Medical Errors the Wrong Way