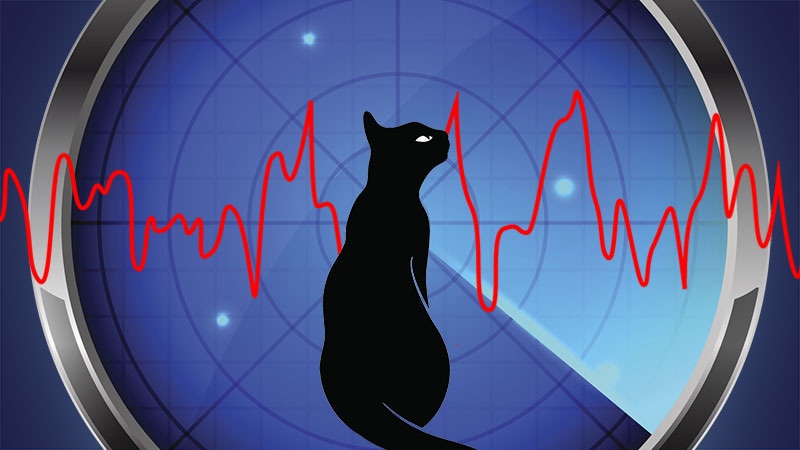 When fourth-year medical student Chevelle Winchester was finishing her psychiatry rotation in Chicago under neurologist and psychiatrist Alan R. Hirsch, MD, she encountered a patient in her late 20s who was experiencing almost daily seizures.

“The seizures would last for approximately 1 minute and were associated with shortness of breath and postictal blurred vision,” Winchester told Medscape Medical News. The patient would also experience temporary amnesia. She told her doctors that she felt as though she’d lost a couple of years of memory, which would gradually return within an hour. Pain and stress would precipitate the seizure.

“Something I’d learned under Dr Hirsch’s supervision was that you need to take the time to observe these patients’ environments and find out what’s going on around them,” Winchester said.

After asking the patient to pay great attention to her entire surroundings before, during, and after seizure, Winchester learned about an interesting, unexpected element ― her cat.

The patient gradually started to associate her cat with seizure onset. “It took four or five sessions for this detail to come out,” said Winchester.

The patient reported that pain and stress would precipitate her seizures. She also noticed that her cat would display certain behaviors less than a minute before seizure onset.

It would meow uncharacteristically, nudge its head against her legs, or scratch her with its front paws. Less than a minute after this warning, her seizure would manifest. The cat’s behavior signaled the patient to move to a cushioned place, in case she fell.

“The cat would meow and lay beside her, as if guarding her, and it would stay with her until the seizure resolved,” Winchester said. She noted that the patient also recalled unique behavior from her cat during her seizures.

The patient reported that she also experienced daily panic attacks, which elicited no response from the cat ― only seizures would trigger its unusual behavior.

Winchester said cats as seizure detectors is something she could never have anticipated. “As a medical student, a lot of things are new to me, but this was completely unique,” said Winchester. “I explained the case to Dr Hirsch, and he looked at it and said, ‘This is amazing. Do the research, and if it’s not there, start writing [up the case].’ “

I explained the case to Dr Hirsch, and he looked at it and said, ‘This is amazing. Do the research, and if it’s not there, start writing.’
Chevelle Winchester

So start researching she did. “I knew about dogs detecting and responding to epilepsy, but I have never seen anything with a cat. As I started my research, I realized that’s because there wasn’t enough literature on cats, and I asked myself why. Why was it so specific? I wondered if this was happening more regularly than I thought and no one was speaking about it.”

Winchester’s research included going through journals to pull anything that was written about similar cases ― she found very little.

“We know dogs have olfactory receptors that are far greater than ours. However, with cats, there is an even greater sensitivity. This is owing to their V1R receptors ― it’s about 30, whereas with dogs, it’s only 9 ― and it’s even greater in rats.”

Given cats’ heightened ability to discriminate between smells, Winchester hopes that her findings will open up a discussion about the use of cats in the detection of diseases.

“What else is there that this ability can help us with? I hope that my little study is the push for more to be discovered. I really hope to get the talk going. This is just one study, but I’m hoping this reaches someone to take it further.”

The potential clinical value of these findings, said Winchester, is still unknown.

“What can this do for treating other patients who are faced with seizures? We don’t know how far this goes ― much more needs to be explored on the topic.”

Winchester and Hirsch were planning to conduct ambulatory electroencephalography to watch for patterns or changes, but unfortunately, the cat died before further research could take place.

“It put a real damper on our research, but for me, I would say this highlighted something I observed with every one of these unusual cases ― this was the interaction between neurology, psychiatry, and the environment. I have seen so many interesting cases that have psych complements that have never been described before,” Winchester said. She attributes this to the time she takes to listen to her patients and go back to the literature.

“I feel like not enough time is taken to listen to what patients experience in their environment, what they’re exposed to. Because when we have that information, we combine these things and figure out what is really happening, how we can go forward treating a patient. Too often we look at the person separately,” she said.

As for the patient, Winchester said it’s been very difficult to take the case any further.

“It would be a dream if she were able to have another cat, but that decision is completely out of our hands. I just hope that someone sees my research and it opens the door for more to be done and for others to go further than we were able to.”