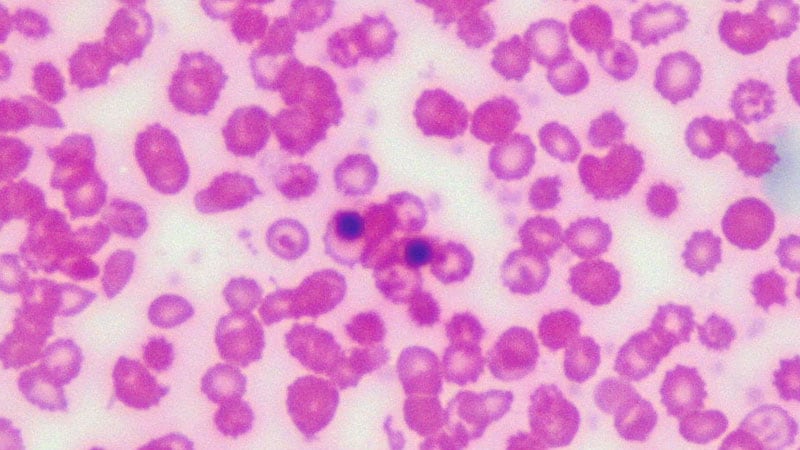 African Americans with sickle-cell trait (SCT), that is, who are heterozygous for the sickle-cell gene variant, don’t as a result necessarily have an elevated risk of myocardial infarction (MI) or other cardiovascular (CV) events, a meta-analysis of observational studies suggests.

The research argues against CV disease as an independent cause of the excess risk of sudden death often associated with SCT, although these studies don’t rule out an interaction between SCT and CV events in the presence of other risk factors, the authors say.

Nor does the study support SCT as a source of the disproportionately elevated CV risk in African Americans, they add.

“Physicians who manage patients who have other health problems on a background of sickle-cell trait should spend time working thoroughly on those patients’ other risk factors before they conclude that the condition, in this case, coronary heart disease, might be due to the sickle-cell trait,” Hyacinth I. Hyacinth, MD, PhD, MPH, Emory University School of Medicine, Atlanta, Georgia, told theheart.org | Medscape Cardiology.

“That, for me, is the message that this paper is trying to send,” said Hyacinth, who is lead author on the group’s report published online January 5 in JAMA Network Open.

Moreover, people with SCT “can breathe easy. They don’t have to go around thinking ‘I’m going to have a heart attack.’ ”

The meta-analysis found no independent relationship between SCT and either MI or other coronary heart disease (CHD) events among more than 20,000 African Americans followed in five major population-based cohort studies, whether those studies were analyzed separately or together.

People of African ancestry who are heterozygous for the rs334 sickle cell variant have SCT, which usually doesn’t involve symptoms; those who are homozygous for the variant are more likely to show manifestations of sickle-cell disease.

SCT has been associated with an increased risk of sudden death in association with conditions of “extreme exhaustion” or intense exercise conditioning, Hyacinth observed. But, “it’s been shown that if you implement universal precautions — basically intermittent rest, hydration, and reducing workouts in very hot weather — you often do not see that association.”

The analysis included 23,197 unrelated African American participants with SCT in five prospective population-based studies: the Women’s Health Initiative (WHI); Reasons for Geographic and Racial Differences in Stroke (REGARDS); the Multi-Ethnic Study of Atherosclerosis (MESA); the Jackson Heart Study (JHS); and the Atherosclerosis Risk in Communities (ARIC) study. The distribution of traditional CV risk factors was similar in each of the separate cohorts, the researchers say.

In multivariate analyses, none of the hazard ratios (HR) at several tiers of progressive adjustment for potential confounders were significantly increased for either MI or the CHD composite endpoint.

Variables in the adjustment tiers ranged from primarily demographics and broadly defined genotyping in the first model to the addition of renal function (via glomerular filtration rate) in the fourth model. They also included Framingham risk score, lipid levels, diabetes, smoking, income and educational level, and statin and aspirin use.

The consistency of the results at different levels of adjustment argues against an interaction between SCT and the cardiovascular risk factors, Hyacinth said. But, he added, it can’t be a firm conclusion because no formal interaction analysis was undertaken.

Still, SCT can be indirectly associated with MI or other CHD events via known risk factors. For example, SCT is an established risk factor for renal complications, that is, chronic kidney disease or albuminuria, Hyacinth said. So in that “back-door way,” SCT could be seen as a risk factor for CV disease via its effect on renal function.

Hyacinth has disclosed no relevant financial relationships. A full list of disclosures for the other authors can be found with original article.