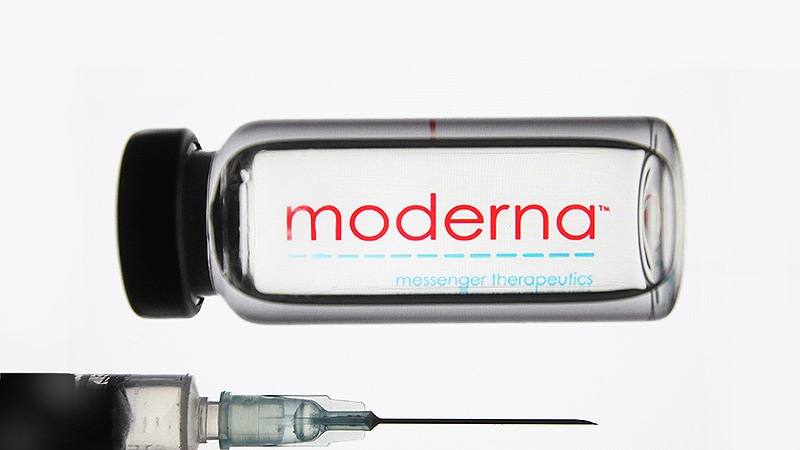 Moderna’s COVID-19 vaccine — the second now cleared for emergency use in the United States — was endorsed by the Advisory Committee on Immunization Practices (ACIP) of the Centers for Disease Control and Prevention (CDC) on Saturday.

The panel voted 11-0, with three recusals, to recommend use of Moderna’s vaccine for people aged 18 years and older, while seeking more information on risk for anaphylaxis. This vote followed the Friday decision by the US Food and Drug Administration (FDA) to grant emergency use authorization (EUA) for the vaccine, known as mRNA-1273.

Moderna’s vaccine is expected to help curb the pandemic, with clinical trial data showing a 94.1% efficacy rate. But there’s also concerns about side effects noted in testing of both vaccines and in the early rollout of the Pfizer vaccine, particularly anaphylaxis.

“There are likely going to be lots of bumps in the road” with the introduction of the COVID-19 vaccines, but these are being disclosed to the public in a way that is “fair and transparent,” said ACIP member Beth P. Bell, MD, MPH.

“Our systems so far appear to be doing what they are supposed to do” in terms of determining risks from the COVID-19 vaccine, added Bell, who is a clinical professor in the department of global health at the University of Washington’s School of Public Health in Seattle. The Moderna EUA  “represents progress towards ending this horrific pandemic,” she said.

In a new forecast released this week, the CDC projects that the number of newly reported COVID-19 deaths will likely increase over the next 4 weeks, with 15,800 to 27,700 new deaths likely to be reported in the week ending January 9, 2021. That could bring the total number of COVID-19 deaths in the United States to between 357,000 and 391,000 by this date, according to the agency.

ACIP panelist Lynn Bahta, RN, MPH, CPH, said she had been “eager” to have the panel proceed with its endorsement of the Moderna vaccine, “especially in light of the fact that we are seeing an average 2600 deaths a day.”

Having two COVID-19 vaccines available might help slow down the pandemic, “despite the fact that we still have a lot to learn both about the disease and the vaccine,” said Bahta, who is an immunization consultant with the Minnesota Department of Health in Saint Paul.

ACIP members encouraged Moderna officials who presented at the meeting to continue studies for potential complications associated with the vaccine when given to women who are pregnant or breastfeeding.

Panelists also pressed for more data on the risk for Bell’s palsy, which the FDA staff also had noted in the agency’s review of Moderna’s vaccine. Moderna has reported four cases from a pivotal study, one in the placebo group and three among study participants who received the company’s vaccine. These cases occurred between 15 and 33 days after vaccination, and are all resolved or resolving, according to Moderna.

There was also a question raised about how many doses of vaccine might be squeezed out of a vial. CDC will explore this topic further at its Sunday meeting on COVID-19 vaccines, said Nancy Messonnier, MD, director of the agency’s National Center for Immunization and Respiratory Diseases, at the Saturday meeting.

“In this time of public health crisis, none of us would want to squander a single dose of a vaccine that’s potentially lifesaving,” CDC’s Messonnier said. “We’re going to plan to have a short discussion of that issue tomorrow.”

Messonnier also responded to a comment made during the meeting about cases where people who received COVID-19 vaccine were unaware of the CDC’s V-safe tool.

V-safe is a smartphone-based tool that uses text messaging and web surveys to help people keep in touch with the medical community after getting the COVID-19 vaccine and is seen as a way to help spot side effects. Messonnier asked that people listening to the webcast of the ACIP meeting help spread the word about the CDC’s V-safe tool.

“Our perception, based on the number of people who have enrolled in V-safe, is that the message is getting out to many places, but even one site that doesn’t have this information is something that we want to try to correct,” she said.

The chief concern for ACIP members and CDC staff about COVID-19 vaccines appeared to be reports of allergic reactions. Thomas Clark, MD, MPH, a CDC staff member, told the ACIP panel that, as of December 18, the agency had identified six cases of anaphylaxis following administration of the Pfizer-BioNTech vaccine that met a certain standard, known as the Brighton Collaboration criteria.

Additional case reports have been reviewed and determined not to be anaphylaxis, Clark said. All suspect cases were identified through processes such as the federal Vaccine Adverse Event Reporting System (VAERS), he said.

People who experience anaphylaxis following COVID-19 vaccination should not receive additional doses of the shot, Clark said in his presentation to ACIP. Members of the panel asked Clark whether there have been any discernible patterns to these cases, such as geographic clusters.

Clark replied that it was “early” in the process to make reports, with investigations still ongoing. He did note that the people who had anaphylaxis following vaccination had received their doses from more than one production lot, with multiple lots having been distributed.

“You folks may have seen in the news a couple of cases from Alaska, but we’ve had reports from other jurisdictions so there’s no obvious clustering geographically,” Clark said.

Another CDC staff member, Sarah Mbaeyi, MD, MPH, noted in her presentation that there should be an observation period of 30 minutes following COVID-19 vaccination for anyone with a history of anaphylaxis for any reason, and of at least 15 minutes for other recipients.

Disclosure of ingredients used in the COVID-19 vaccines might help people with an allergy assess these products, the representative for the American Medical Association, Sandra Fryhofer, MD, told ACIP. As such, she thanked CDC’s Mbaeyi for including a breakout of ingredients in her presentation to the panel. Fryhofer encouraged Moderna officials to be as transparent as possible in disclosing the ingredients of the company’s COVID-19 vaccine.

“That might be important because I think it’s very essential that we figure out what might be triggering these anaphylactic reactions, because that is definitely going to affect the vaccine implementation,” Fryhofer said.

The other panel members have reported no relevant financial relationships.