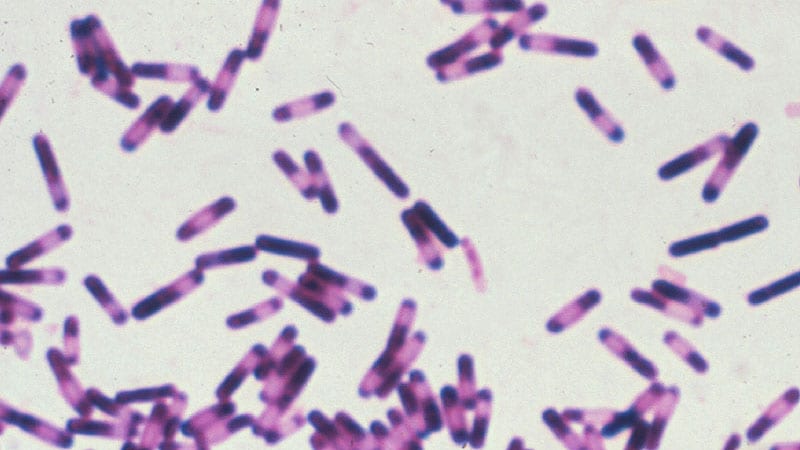 Following a standard course of antibiotics, a one-time treatment with RBX2660 was successful for three quarters of participants at 8 weeks, according to a new study. It also prevented additional bouts, with 84% of these initial responders remaining free of C difficile infection at 6 months.

The ongoing phase 3, open-label PUNCH CD3-OLS study expands on clinical trial experience by treating more “real-world” patients. People who might have been excluded from previous research because of comorbidities, such as irritable bowel syndrome, inflammatory bowel disease, and immunosuppression, were included.

The study also placed no limit on the number of previous rounds of C difficile infections.

“Even when you expand the patient population to make it more generalizable, we’re still seeing both a high cure rate and a high success rate,” Sahil Khanna, MBBS, a gastroenterologist and hepatologist at the Mayo Clinic in Rochester, Minnesota, told Medscape Medical News.

“We also are not seeing any kind of safety signals that can be attributed to this particular product,” he said.

Khanna presented the findings here October 26 at the American College of Gastroenterology (ACG) 2022 Annual Scientific Meeting, held in person and virtually, and were published simultaneously in the journal Drugs. The research by Khanna and his team received an ACG Outstanding Research Award in the colon category.

RBX2660 (Rebyota) is a microbiota-based live biotherapeutic in development from Ferring Pharmaceuticals. The treatment contains human stool collected from prescreened, qualified donors and is prepared according to good manufacturing standards.

After standard-of-care antibiotics and a 72-hour washout period, participants received a single 150 mL dose rectally by enema. RBX2660 is administered by a healthcare professional.

The median age of study participants was 63 years, with 45% aged 65 years or older, and 70% were women. Overall, 37% of participants had Crohn’s disease and 4% had ulcerative colitis.

At the time of screening, about half of participants had a history of one or two infections with C difficile, and the remaining half reported three or more episodes.

Of the 402 participants whose outcomes could be analyzed, 75% reported treatment success, meaning no further C difficile infections at 8 weeks. This was consistent with the 75% of 60 participants free of C difficile in the interim analysis reported in 2021. Efficacy results were based on a modified intent-to-treat analysis.

Of the 300 participants who responded to RBX2660 at 8 weeks, 262 were followed up to 6 months, with 84% of these reporting no C difficile recurrence.

“If you succeeded to 8 weeks, there was a high likelihood that you would succeed up to 6 months,” Khanna said.

For the subset of participants with inflammatory bowel disease, Khanna noted that the success rates were in the 80% range, which is higher than what is seen in clinic fecal microbiota transplantation programs.

Of the participants, 63% reported treatment-emergent adverse events. Most events were mild to moderate in severity, the researchers report, with diarrhea and abdominal pain being the most common.

“When you look at the treatment-emergent adverse events, it’s important to put them into context in terms of this patient population,” Khanna said. “This recurrent population has developed underlying gastrointestinal symptoms like abdominal pain, diarrhea, nausea, vomiting, and weight loss.”

Some of these adverse events persist beyond resolution of the C difficile infection, and the adverse-event profile with RBX2660 is consistent with what is seen following fecal microbiota transplantation, he added.

Overall, 11% of participants reported a serious adverse event. The majority were related to the C difficile infection or an underlying comorbidity, he noted.

“Excruciating for Patients to Deal With”

However, C difficile can be “excruciating for patients to deal with,” said Malter, a gastroenterologist and professor of medicine at NYU Langone Health in New York City. They “may be more than willing to take [this agent] because it gets them feeling better.”

“This is a positive adjunct to our current therapies for C diff in terms of trying to knock it out once a standard course of antibiotics has been administered,” she added.

Currently, people with recurrent C difficile seek fecal microbiota material from a biobank or from a close friend or loved one.

But Malter noted that asking someone you know to donate fecal matter for transplantation requires several steps. Donors are screened to make sure they are free of gastrointestinal illness, are not taking any contraindicated medications, and do not have active infection.

Fecal microbiota samples from a biobank are more standardized, but there have been intermittent shutdowns and availability has been limited during the pandemic, she said.

Malter added that one unanswered question is how much of the colon is covered by therapy delivery via enema compared with colonoscope delivery during fecal microbiota transplantation.

“If it’s delivered colonoscopically, you get the entire colon. In contrast with an enema, you really only hit the left side of the colon,” she said.

On September 26, the US Food and Drug Administration’s Vaccines and Related Biological Products Advisory Committee reviewed evidence for RBX2660. The committee voted 13 to 4 that data were adequate to support the effectiveness of RBX2660 to reduce the recurrence of C difficile infection in adults following antibiotic treatment for recurrent infections.

Members also voted 12 to 4, with one abstention, that the data were adequate to support the product’s safety.

The FDA often follows its advisory committee recommendations but is not required to do so.

“The hope would be that this would get through the usual FDA pipeline of an approval in the near future,” Khanna said.

Damian McNamara is a staff journalist based in Miami. He covers a wide range of medical specialties, including infectious diseases, gastroenterology and critical care. Follow Damian on Twitter:  @MedReporter.