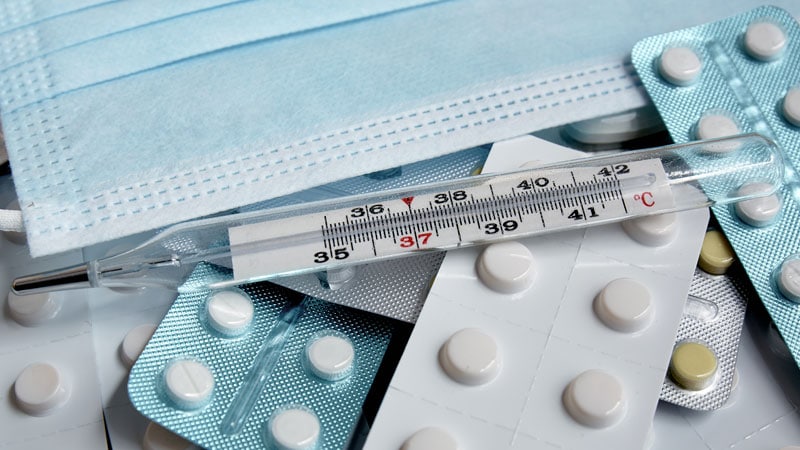 The Trump administration is making attempts in its final days to weaken regulation of medical products, say watchdog groups.

The Department of Health and Human Services (HHS) on January 11 unveiled two proposals meant to change the policies of the US Food and Drug Administration (FDA).

One seeks to build on emergency exemptions FDA allowed last year as part of its initial response to the COVID-19 pandemic. Released as a formal notice, this policy intends to immediately exempt seven devices — all medical gloves — from the FDA’s premarket notification requirement. It also proposes to exempt an additional 84 devices, including home-use ventilators and electrocardiograph software for over-the-counter use.

The second Trump administration proposal would add another mandate for the FDA to report on timelines for drug approvals. The agency already posts annual reports, for example, on its website detailing median times for approvals. The new HHS policy tells the FDA to post on its website more information on approved applications for new and generic drugs.

Both new policies were put forward by HHS Secretary Alex Azar, and not by FDA Commissioner Stephen M. Hahn, MD. HHS told Medscape Medical News that the FDA was notified before the announcement.

But policy experts who have long studied the workings of the FDA see this as a deliberate slight to the regulatory agency, which the Trump administration has tussled with over clearances for COVID-19 treatments and vaccines.

Diana Zuckerman, PhD, president of the nonprofit National Center for Health Research, described the medical device proposal as “obviously a last-ditch effort by the Trump administration to ignore the scientific expertise of FDA staff and decision-makers in ways that some companies will appreciate but will put millions of patients and consumers at risk.”

“It is particularly disturbing that the administration is taking advantage of the COVID-19 pandemic to expand emergency measures and make those measures permanent, despite the risks to public health,” Zuckerman said in an email exchange with Medscape Medical News.

Zuckerman said her group would be working with the Biden administration to reverse this policy. The nonprofit groups Public Citizen and the Center for Science in the Public Interest are also objecting to the policy.

Michael Carome, MD, director of Public Citizen’s Health Research Group, said the new medical device policy “is another example of the flood of dangerous deregulatory actions” that the Trump administration is putting forward in its final days. Carome expected a quick pullback of the policy, once President-elect Joe Biden is sworn in on January 20.

Peter G. Lurie, MD, MPH, president of the Center for Science in the Public Interest, also said he expects Biden to “expeditiously act to reverse these last-gasp, anti-regulatory efforts of the Trump administration, and to restore the role of science and scientists in key decision-making roles at the Food and Drug Administration, the rest of the Department of Health and Human Services, and throughout the federal government.”

Lurie earlier served as associate commissioner for public health strategy at the FDA during the Obama administration. Scott Gottlieb, MD, who served as FDA commissioner from May 2017 to April 2019, also has criticized HHS publicly. In tweets posted on January 11, Gottlieb said he was “disappointed to see HHS infringing on FDA’s public health prerogatives in the closing days of the administration.”

I've been disappointed to see HHS infringing on FDA's public health prerogatives in the closing days of the administration. The way they're pursuing these unilateral actions will have long term consequences at a time when FDA's stature is critical to seeing us through this crisis

These midnight actions impact the FDA’s public health mission. HHS previously seized key decision making authorities over the issuance of policies and regulations away from FDA; and this is why those procedural changes should be reversed. https://t.co/TEIvDniNQY

Starting last March, the FDA sought to make it easier for companies to produce products needed to respond to the pandemic, such as gloves and home-use ventilators. The FDA also allowed exemptions for devices needed to allow medical practice amid the disruptions of the pandemic. In April, for example, the FDA sought to help expand the availability of devices for remote reviewing and reporting of digital pathology images.

To do this, the FDA essentially waived its usual requirements, known as 510(k) premarket approval, for many products.

HHS is now seeking to make this exemption permanent for 91 products, including cardiac fetal monitors and computer-assisted diagnostic software for lesions suspicious for cancer. In an interview with Medscape Medical News, Lurie said it appears the Trump administration is taking advantage of the pandemic to strip regulations for many medical devices.

“So you put a light touch on them during a pandemic,” Lurie said. “And then you discover, lo and behold, that the very products that most needed deregulating were the ones that you’d given us a little break during the pandemic. It’s just not logical.”

These policies were intended to remain in effect only for the duration of the public health emergency related to COVID-19, the FDA said.

These gloves fall into FDA’s Class 1 for medical devices, meaning they are considered least likely to pose risk for harm. The FDA puts the medical devices with greatest risk in Class III, which includes implanted devices. The FDA often requires companies to go through a rigorous process known as a premarket approval (PMA), akin to the new drug application, for devices that enter the body. Most Class III products require a PMA, according to the FDA’s website.

For Class I and Class II products, FDA has a lower bar, the 510(k) requirement. This premarket approval process asks companies to demonstrate that their medical device is as safe and effective — considered substantially equivalent — as a legally marketed device. Already most Class I devices were exempt from 510(k) premarket notification, while most Class II devices still require it, the FDA said.

In addition to immediately exempting the seven kinds of gloves, HHS is seeking to exempt another 83 Class II products and one unclassified one, an apparatus for vestibular analysis, from the 510(k) requirement. Removing this requirement could eliminate as much as $9.1 million to $364 million in startup costs, if there were one new entrant into each device market, HHS said.

“Instead of being costs passed along to patients and taxpayers, these savings could be invested in other areas such as research and development and manufacturing,” HHS said. “At the same time, should these waivers go into effect as proposed, patients stand to gain more immediate access to new products that would otherwise be required to obtain a 510(k) clearance prior to marketing.”

Review of natural products with promising anti-SARS-CoV-2 potential
The US is on a Covid plateau, and no one’s sure what will happen next
Type 1 Diabetes College Packing List
New US monkeypox vaccine strategy could be huge boost for supply, but much is unknown
Mandy Moore’s Immune Thrombocytopenic Purpura