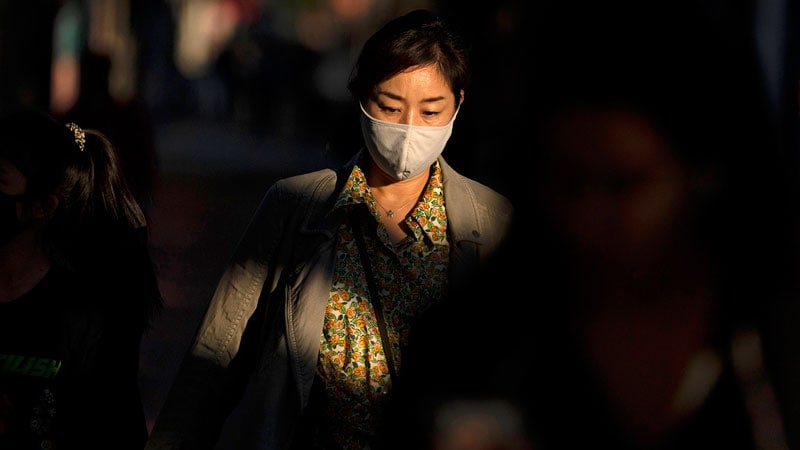 A systematic review suggests at least one third of SARS-CoV-2 infections occur in people who never develop symptoms, providing strong evidence for the prevalence of asymptomatic infections.

The finding that nearly one in three infected people remain symptom-free suggests testing should be changed, the investigators note.

“To reduce transmission from people who are presymptomatic or asymptomatic, we need to shift our testing focus to at-home screening,” lead author Daniel Oran, AM, told Medscape Medical News. “Inexpensive rapid antigen tests, provided to millions of people for frequent use, could help us significantly reduce the spread of the virus.”

The systematic review was published online January 22 in Annals of Internal Medicine.

The findings come at a dire time when the official number of COVID-19 cases in the United States exceeds 25 million for the first time. Public health officials have raised concerns about more transmissible, and possibly more deadly, variants of SARS-CoV-2, while a new presidential administration tries to meet the challenge of improving vaccine distribution and acceptance rates.

The results also build on earlier findings from the same research team — Oran and senior author Eric Topol, MD — that published a review article looking at asymptomatic COVID-19 cases. Even though initial data were more limited, they likewise suggested a broader scope of testing is warranted, pointing out that asymptomatic individuals can transmit SARS-CoV-2 for up to 14 days. Topol is also editor-in-chief of Medscape.

In the current systematic review, the highest-quality evidence comes from large studies in England and Spain. The nationally representative evidence included serologic surveys from more than 365,000 people in England and more than 61,000 in Spain. When analyzed separately, about the same proportion of asymptomatic cases emerged: 32.4% in England and 33% in Spain.

“It was really remarkable to find that nationwide antibody testing studies in England and Spain — including hundreds of thousands of people — produced nearly identical results: about one third of the SARS-CoV-2 infections were completely asymptomatic,” said Oran, a researcher at Scripps Research Translational Institute in La Jolla, California.

The systematic review included 43 studies with PCR testing for active SARS-CoV-2 infection and another 18 with antibody results that indicated present or previous infection. The studies were published up until Nov. 17, 2020.

8. When Dr @camilla_rothe reported an asymptomatic transmission a year ago, the @NEJM report was refuted and disparaged. She was later named a TIME 100 Person of the Yearhttps://t.co/vSgQsx1qj8 pic.twitter.com/keNVF2misD

The term asymptomatic could be misleading because some people in this group do progress to develop signs of infection. This “presymptomatic” group of patients is likely a minority, the authors note. Longitudinal studies indicate that about three-quarters of people who are asymptomatic with SARS-CoV-2 remain that way.

Topol anticipated the one-third asymptomatic finding could draw some feedback about distinguishing asymptomatic from presymptomatic individuals. He tweeted, “Some will argue that there is admixture with presymptomatic cases, but review of all the data supports this estimate as being a conservative one.”

5. Based on the totality of the data, we conclude that asymptomatic covid occurs in at least one-third of infections.
Some will argue that there is admixture with presymptomatic cases, but review of all the data supports this estimate as being a conservative one.

The heterogeneity of the settings, populations and other features of the studies prevented the authors from performing a meta-analysis of the findings.

Home Is Where the Test Is?

Based on their findings, Oran and Topol believe “that COVID-19 control strategies must be altered, taking into account the prevalence and transmission risk of asymptomatic SARS-CoV-2 infection,” they write. They suggest frequent use of inexpensive, rapid home tests to identify people who are asymptomatic or presymptomatic, along with programs and housing provided by the government to offer financial assistance and allow this group of people to isolate themselves.

Further research is warranted to determine if and how well vaccines for SARS-CoV-2 prevent asymptomatic infection.

Topol and Oran created a short video to highlight the findings from their systematic review.

A National Institutes of Health grant supported the study.

Damian McNamara is a staff journalist based in Miami. He covers a wide range of medical specialties, including infectious diseases, gastroenterology and critical care. Follow Damian on Twitter:  @MedReporter.