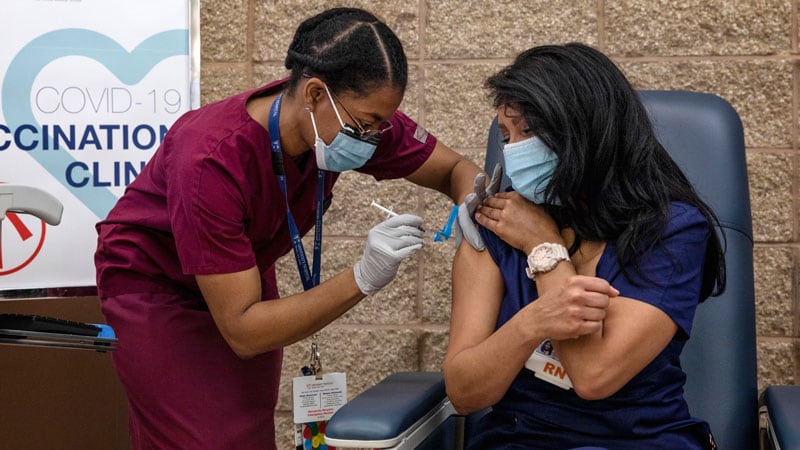 Public health officials and community leaders who are concerned about COVID-19 vaccine skepticism are speaking up and trying to build trust, especially among racial and ethnic communities.

“Nothing has been in my heart more than this issue over the past several weeks to months,” he told CNN on Monday.

“I’ve been working with Pfizer, with Moderna, with AstraZeneca, with Johnson & Johnson to make sure we have appropriate numbers of minorities enrolled in these vaccine trials so that people can understand that they are safe,” he said.

Adams said he hopes that the independent review boards for the clinical trials, as well as the CDC and FDA advisory groups, will help people to feel confident about vaccine safety, efficacy and side effects.

He emphasized that regulations are in place to protect Americans from incidents such as the Tuskegee experiment, which purposely left 400 Black men in Alabama untreated for syphilis between 1932-1972 so researchers could study the “natural course” of the disease. Even after penicillin became the standard treatment for syphilis in 1947 that could stop long-term organ damage, the experiment continued, which has built distrust in the U.S. health care system. Ultimately, 128 study participants died from syphilis and related complications, according to the CDC.

Adams said he hopes public health experts can shift that perspective in relation to the COVID-19 vaccine.

“There are tens of thousands of Black and brown people dying every year because they are distrustful of the system, in many cases rightly so, but also because they’re not getting the facts to help restore their trust in the system,” he told CNN.

Also on Monday, Dusty Baker, the manager of the Houston Astros, urged Black Americans to get the vaccine and discussed how the coronavirus has disproportionately affected the Black community, according to USA Today . He praised James Hildreth, an immunologist who served on the FDA panel that approved the Pfizer vaccine last week.

“I felt more comfortable that he and other African Americans were on the boards to come up with the vaccine,” Baker said. “He guaranteed that it wouldn’t be another Tuskegee kind of experiment, and he urged Black Americans to use the vaccine.”

CNN, “US Surgeon General says he is worried about vaccine skepticism among minority groups.”

USA Today, “Dusty Baker relieved Black doctors among those approving COVID-19 vaccine: ‘He urged Black Americans to use it.'”