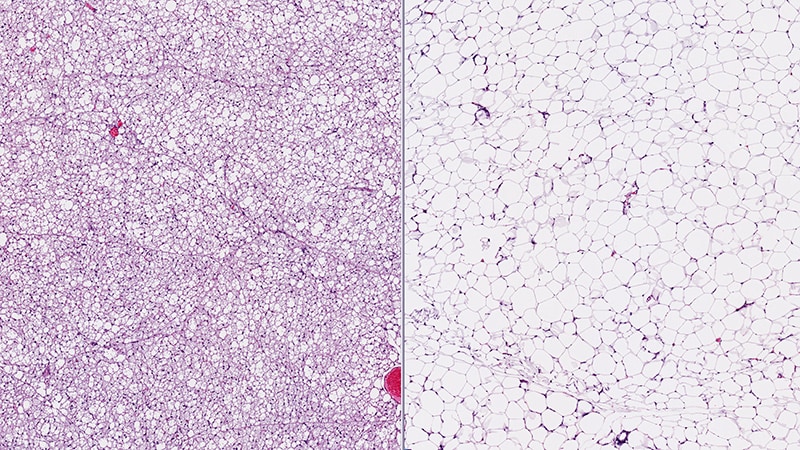 People who have brown fat detected on imaging seem to be at reduced risk of cardiac and metabolic conditions, ranging from type 2 diabetes to hypertension and coronary artery disease, with a notably strong effect in people with obesity, according to a new study in more than 52,000 individuals who had PET/CT scans as part of cancer evaluation.

Although studied for decades in newborns and animals, only in the past decade have scientists appreciated that some adults have brown fat, typically around the neck and shoulders.

The new study, by far the largest of its kind in humans, appears to confirm the health benefits of brown fat suggested by previous studies, say Tobias Becher, MD, and colleagues from Rockefeller University, New York City, in their article published online January 4 in Nature Medicine.

“Our study indicates an important contribution of brown adipose tissue to cardiometabolic health and suggests…[it] has therapeutic potential in humans,” they state.

But Caroline M. Apovian, MD, Center for Weight Management and Wellness, Brigham and Women’s Hospital, Boston, Massachusetts, is more cautious in her interpretation of the findings.

“It’s nice to see that what we believe about this is correct, and it’s great to see that with obesity and more brown fat there is reduced diabetes and hypertension, but it’s only an association,” she told Medscape Medical News.

“This is a good study, but I don’t think we have an understanding of exactly why some people have more brown fat than others, how white fat becomes brown fat, the role of therapeutics, or if it’s important to try to create more brown fat.”

“We don’t know if it’s a matter of exercise or something like living in a colder environment, so we need to find out whether or not brown fat is, for instance, a genetic issue, and if it is, if there is a way to increase it in humans,” she added.

And the fact that the study included patients with or being screened for cancer is one of the most important limitations of the study, Apovian noted.

Brown Fat Detected in 10% of Participants

Contrary to white fat, which stores energy, brown fat is thermogenic, activated by cold conditions, and instead burns energy. And although animal studies have shown a link between brown fat and improvements in glucose and lipid homeostasis, the effects of brown fat in humans are not well understood.

Becher and colleagues explain that large-scale studies of brown fat have been practically impossible because the tissue only shows up on medical imaging and it would be unethical to expose people to radiation just to study brown fat.

But they realized that, across the street from their lab, many thousands of people visit Memorial Sloan Kettering Cancer Center each year to undergo PET/CT scans for cancer evaluation.

Because radiologists routinely take note when brown adipose tissue is detected to prevent its misinterpretation as a tumor, the information was readily available with the scan data.

“We realized this could be a valuable resource to get us started with looking at brown fat at a population scale,” Becher said in a press statement from Rockefeller University.

So they reviewed 134,529 PET/CT scans from 52,487 individuals attending Memorial Sloan Kettering between June 2009 and March 2018 for indications ranging from cancer diagnosis to treatment or surveillance.

Participants were classified by the presence or absence of brown adipose tissue and researchers were able to use electronic health records to comprehensively examine associations between brown fat and rates of disease.

The researchers note, however, that this rate of around 10% of people having brown fat is likely an underestimate because the patients had been instructed to avoid cold exposure, exercise, and caffeine — all of which are thought to increase brown adipose tissue — prior to having their scans.

Does Brown Fat Mitigate Some Harms of Obesity?

Brown fat was also associated with notable improvements in glucose, triglycerides, and HDL-C levels (all P < .0001), while no differences were seen in measures of LDL-Cs or total cholesterol.

Leukocyte and platelet counts were significantly decreased in individuals with brown fat (both P < .0001).

The findings “suggest potential roles for brown adipose beyond regulation of lipid and glucose metabolism,” the authors write.

This could indicate that brown adipose tissue “might play a role in mitigating the deleterious effects of obesity,” the researchers state.

“Future research should aim to improve our understanding of brown adipose tissue regulation in humans and to develop mechanisms to safely modulate [its activity],” they conclude.

The study received funding from the American Diabetes Association, the Sinsheimer Foundation, and the National Center for Advancing Translational Sciences of the US Department of Health & Human Services. The authors and Apovian have reported no relevant financial relationships.

Pfizer says omicron booster is better against new subvariants like BQ.1.1 than old shots
Drink this type of milk to keep the planet healthy
Repeat COVID Infection More Dangerous Than First: Study
Study challenges “good” cholesterol’s predictive role for heart disease
How to collect memories (without cluttering up your home)