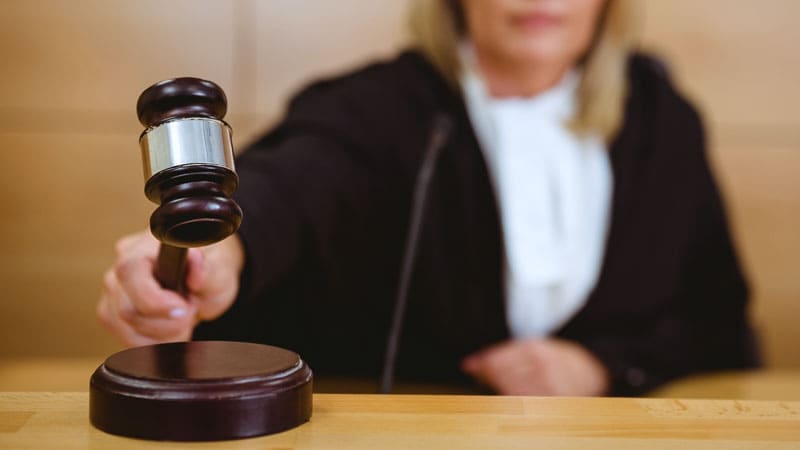 The Trump administration has failed to persuade a judge of the need to rush the implementation of major changes in payments for drugs administered in physicians’ offices, which are covered by Medicare’s Part B program.

On December 23, US District Judge Catherine C. Blake put a 14-day block on the implementation of what the Centers for Medicare & Medicaid Services (CMS) calls its “most favored nation” (MFN) rule, a moniker that refers to lowering reimbursement to prices set by other affluent nations. President Donald Trump is seeking to use a regulatory shortcut that would in theory get his new initiative started before he leaves office in January.

The temporary block is seen as a victory for a group of organizations that have opposed the hurried rule, including the Association of Community Cancer Centers (ACCC).

The Trump-driven rule could hit oncologists/hematologists hard because they are the primary prescribers of about 30 of the 50 agents on the list of affected drugs and biologics, including mainstay breast, lung, and prostate cancer treatments and newer immunotherapies, as reported by Medscape Medical News earlier this month.

In the rule, published November 27, CMS argued that the effects of the pandemic in conjunction with high drug costs meet the legal standard for rushing a rule into effect. Thus, CMS argued that it could skip the normally required step of holding a period for public comment before starting implementation on January 1.

Federal law does allow the government to put forward rules and then collect public comments in response to urgent situations, Blake wrote in a memorandum accompanying her order. She cited situations in which the Federal Aviation Administration had met the threshold for “good cause” under the law to move rules quickly, for example, in the wake of the September 11 terrorist attacks.

But CMS’s “purported justification for invoking the good cause exception in this case falls flat,” Blake wrote.

“CMS here relies more on speculation than on evidence to establish that the COVID-19 pandemic has created an emergency in Medicare Part B drug pricing sufficient to justify dispensing with valuable notice and comment procedures,” she added.

CMS is attempting to put in place a “transformative new mode of drug reimbursements that may affect untold numbers of beneficiaries and billions of dollars in spending on pharmaceuticals,” Blake noted. In her memorandum, Blake cites an estimate that shows possible reductions of nearly $70 billion in federal spending through the MFN model.

In addition to the ACCC, seeking to stop the implementation of the rule were the Pharmaceutical Research and Manufacturers of America, the Global Colon Cancer Association, and the National Infusion Center Association.

In Blake’s view, these groups showed they were “being deprived of the ability to have their comments considered prior to promulgation of a rule which threatens — starting on January 1 — to cause severe economic losses and to shutter operations that provide critical medical care to recipients of Medicare Part B drugs.”

In a statement, the ACCC described Blake’s decision as allowing “time for the court to hear arguments on permanently blocking the rule.” Three other cases challenging the rule have been filed in different courts and may be decided in the next few weeks, the group said.

Another opponent of the MFN, Ted Okon, MBA, executive director of the Community Oncology Alliance, told Medscape Medical News in an interview about what he called weak spots in CMS’ arguments.

In the interim final rule published in November, CMS cited rising unemployment among the reasons needed to speed the start of implementation of the payment changes. Yet, most Americans enrolled in Medicare are retired, Okon noted, so the rising unemployment rate affects them as a group far less than younger people.

Okon also questioned CMS’ reasoning in pushing for the quick implementation of its rule because of a concern that senior citizens were rationing their medicines.

The MFN rule applies to medicines given in physicians’ offices, not the pills and inhalers and other treatments covered by Medicare’s Part D plan, he observed. In Okon’s view, it was a reach to claim these Part B medicines could be rationed in the way that Part D drugs might be.

“It just shows you how contrived their arguments were,” Okon said.

The American Hospital Association (AHA) also has been critical of CMS’ MFN rule. It also welcomed Blake’s decision to halt the implementation of the MFN. Nickels said AHA is pressing for a legal decision to derail the MFN model and is also pressing for a serious, well-planned bid at addressing the cost of medicines.

“Instead of holding drug companies accountable and lowering drug prices, this model simply slashes payments to hospitals for the drugs they must purchase to treat their patients,” said Tom Nickels, AHA’s executive vice president, in a statement about the MFN.

The current outlook for the implementation of the Trump administration’s “most favored nation” rule is uncertain.

But efforts likely will continue to overhaul Medicare’s payments for drugs. Many Democrats are also in favor of using as benchmarks the lower prices that other rich nations set. Even if Trump’s MFN model is scuttled, his support for using foreign prices as benchmarks may prove helpful in subsequent attempts to change Medicare payment policies.

There’s widespread criticism of Medicare’s current approach to paying for Part B, which is to add a premium of 6% to the reported average sales price (ASP) of a medicine. The influential Medicare Payment Advisory Commission (MedPAC) has presented Congress with several options for overhauling Part B’s approach to paying for medicines.

The “structure of the ASP payment system does not promote price competition among some groups of drugs with similar health effects, such as leukocyte growth factors and erythropoiesis-stimulating agents,” MedPAC noted in a June 2019 report to Congress.

Trump’s MFN model was intended to test an alternative policy that would include a component based on global prices while preserving a flat add-on amount for each dose. The MFN model would regard prices paid by nations that are fellow members of the Organization for Economic Co-operation and Development (OECD). The OECD represents a group of wealthier nations that are considered to be reasonably well governed.

In his campaign platform, President-elect Joe Biden said he intends to have the Department of Health and Human Services establish an independent review board to assess the value of specialty drugs for which there are no competitor drugs. This group likely would include many of the costly medicines covered by Part B, such as innovative new cancer treatments.

“The board will recommend a reasonable price, based on the average price in other countries (a process called external reference pricing) or, if the drug is entering the US market first, based on an evaluation by the independent board members,” the Biden website says. “This reasonable price will be the rate Medicare and the public option will pay. In addition, Biden will allow private plans participating in the individual marketplace to access a similar rate.”

Biden also called for repealing what he called the “outrageous exception allowing drug corporations to avoid negotiating with Medicare.

“Drug manufacturers not facing any competition, therefore, can charge whatever price they choose to set. There’s no justification for this except the power of prescription drug lobbying,” Biden says on his campaign site.

In addition, a House-passed bill calls for Medicare to consider prices paid by other wealthy nations in negotiations with drugmakers. Known as the Elijah E. Cummings Lower Drug Costs Now Act — named for the late Democratic congressman who died in 2019 — the measure passed in the House in 2019 in a 230–192 vote. Two Republicans, Brian K. Fitzpatrick of Pennsylvania and Jaime Herrera Beutler of Washington, supported the bill.