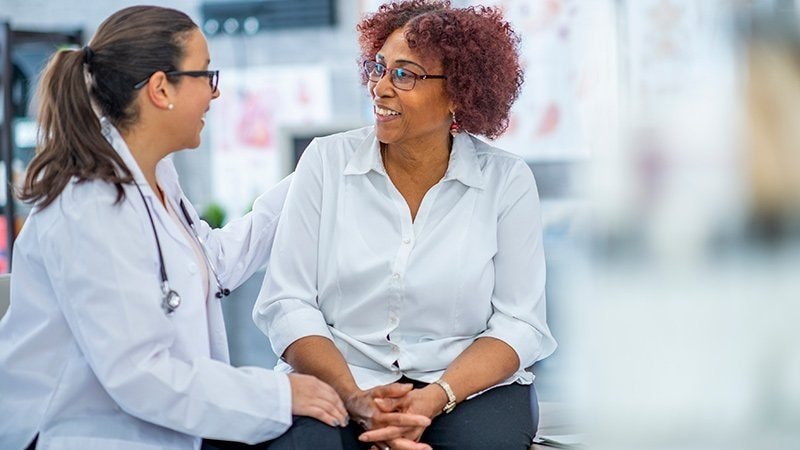 Florida’s new law went into effect July 1 and allowed NPs to practice independently, after completing 3000 hours of practice supervised by a physician in the past 5 years. The bill in California, which will take effect in January 2023, requires NPs to work under the supervision of a physician for 3 years before practicing independently.

Currently, 22 states continue to have scope-of-practice laws that restrict NPs from practicing independently, though one, Massachusetts, is exempting advanced practice registered nurses who have completed 2 years of supervised practice from the state’s requirement for physician supervision during the current state of emergency because of COVID-19.

As states have changed their scope-of-practice laws for NPs, researchers have tried to determine whether scope of practice restrictions ever served their intended purpose — to keep patients safe — and whether, once the restrictions were lifted, healthcare improved.

Several researchers have analyzed various datasets on utilization, access to care, and quality measures before and after scope-of-practice laws changed and compared that data to states that still have scope-of-practice restrictions. These studies have added to the body of research (including randomized controlled trials) that have compared health outcomes between patients seen by NPs and physicians and repeatedly shown that the quality of care is largely equivalent.

In their 2018 study published in the Journal of Health Economics, researchers Jeffrey Traczynski, PhD, and Victoria Udalova, PhD, examined healthcare utilization and health outcomes before and after scope-of-practice laws changed in nine states — Arizona, Colorado, Hawaii, Idaho, Maryland, Nevada, Vermont, Washington, and Utah — and compared the outcomes with the remaining states that had not yet changed their laws.

Traczynski and Udalova found that after NPs were granted full independence, adults rated the quality of healthcare higher, with more rating their healthcare as “excellent” and describing their health status as “excellent.” Also, significantly more adults reported having a usual source of care, and adults had a higher probability of having a checkup within the past year.

In addition, the number of emergency room visits dropped by 11.6% among people with ambulatory care-sensitive conditions who went to the ER more than once, which produced an estimated cost-savings of approximately $543 million per year.

“Our paper indicates that allowing NPs full independence does not negatively affect population health,” Traczynski, who is a research affiliate at the University of Hawaii Economic Research Organization, told Medscape. Instead, medical care for underserved populations increased, he and Udalova concluded.

Traczynski explained that they found “no evidence” that the timing of changes in NP scope-of-practice laws was correlated with other events that would affect healthcare utilization or health outcomes.

“It’s a great paper,” commented Joanne Spetz, PhD, director of the Philip R. Lee Institute for Health Policy Studies at the University of California San Francisco. “It’s certainly one of the more rigorous and complex papers out there.”

Spetz coauthored a 2016 systematic review of the impact of state nurse practitioner scope-of-practice regulation on the NP workforce, access to care and healthcare utilization, and healthcare costs. Spetz and her coauthors found that states granting NPs greater scope-of-practice authority tend to exhibit an increase in the number and growth of NPs, greater care provision by NPs, and expanded healthcare utilization, especially among rural and vulnerable populations.

Other researchers have approached the question of whether to lift restrictions from a slightly different angle: Comparing outcomes for NPs in states with restrictions and states without.

In a 2017 paper published in Health Services Research, Kurtzman and coauthors examined the impact of state-granted NP independence on patient-level quality, service utilization, and referrals. They compared care delivered by 350 NPs across approximately 6500 patient visits in more than 200 community health centers for a 6-year period in states with restrictions and states without.

Compared with matched patients in states with restrictions, patients seen by NPs in states where they could practice independently had no significant differences in the three quality indicators evaluated: counseling for smoking cessation, treatment for depression, and prescription for a statin for hyperlipidemia. “We did not find that nurse practitioner care varied significantly in states that were restricted and in states that were not restricted,” said Kurtzman.

She told Medscape that while she has a “high degree” of confidence that the findings she reported in 2017 are “real and true,” the results were that of one study in one setting with one set of measures. “It certainly is not the only study that needs to be done in this space,” she said.

A cross-sectional study conducted by a different research group evaluated patient outcomes in rural health clinics in eight states in 2013. Of the 8 states, 5 had restricted scope-of-practice laws and 3 had slightly less restrictive laws, though NPs were still unable to practice independently.

A common refrain among critics of expanded scope of practice for NPs is that NPs order more tests than physicians, thereby raising healthcare costs. However, studies that have compared healthcare utilization and costs between NPs and physicians have not found that to be true.

A 2017 study, for example, evaluated the impact of shifting NPs and physician assistants at Kaiser Permanente in Georgia away from direct primary patient care and found no significant differences in the number of advanced diagnostic imaging services ordered before and after the change.

“As that shift went on, you might have thought that tests would go down as the NPs were taken out of this role, but we didn’t we didn’t see that,” said David Auerbach, PhD, external adjunct professor at Montana State University, an author on the study.

A 2019 study in Health Affairs showed that for Veterans Affairs patients with medically complex diabetes, healthcare expenditures were actually 6% lower for patients cared for by an NP compared with a physician, which translated to an annual cost-savings of $2000 in total healthcare costs per patient. The quality of care that these patients received was not significantly different between provider type, a previous study found (Ann Intern Med. 2018;169(12):825-835).

Also part of the literature, a 2016 adjusted analysis of Medicare claims data found that beneficiaries seen by NPs saved 29% — or $207 — annually on evaluation and management services compared with primary care physicians.

However, these studies that compare health utilization and cost outcomes between NPs and physicians are only an indirect way of assessing the effects of NP independent practice.

Spetz told Medscape she is not aware of any study that shows cost increases when NPs practice independently. “I don’t think I’ve seen anything that would definitively show a cost decrease either,” she added.

She explained that there are, however, “a lot [of] bits and pieces” of evidence that suggest costs would be lower when NPs practice independently. For instance, a 2013 study she led found that the cost of an episode of care was lower in retail clinics than other settings, such as a doctor’s office, and that the greatest reduction in cost occurred when NPs were permitted to practice and prescribe independently.

“From the evidence standpoint, we’ve had a lot of momentum since the National Academy of Medicine came out a decade ago and said the literature clearly tells us that full-practice authority is good and that practice barriers should be eliminated,” Spetz said.

Christina Bennett is an independent medical journalist based in Texas who covers a range of medical topics and holds a master’s in science and technology journalism from Texas A&M University. She is also a member of the Association of Healthcare Journalists and was the only independent journalist selected for the 2017 National Cancer Reporting Fellowships. Follow her on Twitter @tinabenn12.

Universal Flu Vaccine In The Works
Neanderthals cooked meals with pulses 70,000 years ago
Fragmented Vax System Shifts PCP Role for Childhood Immunizations
Flu variant that hits kids and seniors harder than other strains is dominant in U.S. right now
How to save money on your weekly food shop