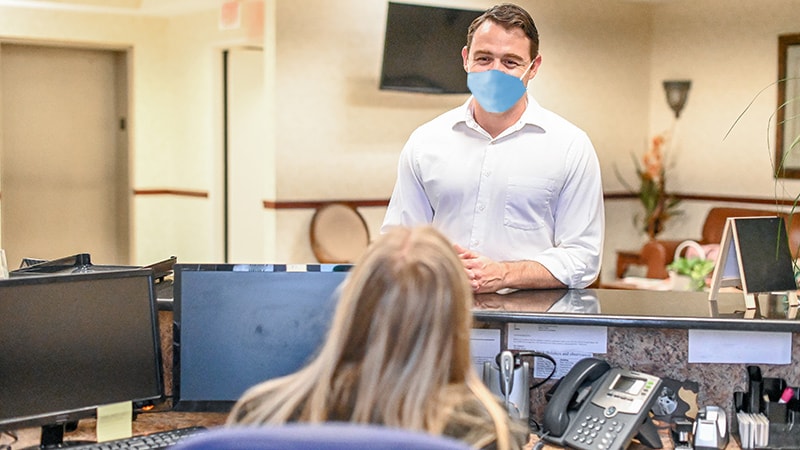 Healthcare spending in 2020 is on course to not only be lower than in 2019, but lower than ever recorded, according to an analysis of available data by Kaiser Family Foundation (KFF) experts.

Although the decrease in spending is expected to be modest, this would be the first outright drop in spending on patient care since records started being kept in the 1960s, KFF President Drew Altman noted in a column accompanying the new report.

The decreased spending may have come at the expense of health, Altman added. “We do not know what share of the spending and utilization skipped or delayed because of COVID-19 was necessary or unnecessary. There was a decline in cancer screenings and visits to manage chronic care, but we also do not know if health outcomes suffered.”

Through October, spending for health services decreased by about 2% on an annualized basis compared with the same period in 2019, KFF researchers Cynthia Cox, MPH, and Krutika Amin, PhD, found. Including drug costs, which actually rose during the pandemic, total health costs were down a mere 0.5% from the prior-year period, they said.

Nevertheless, they pointed out, “Any decrease in health spending would be historic, as health costs tend to rise faster than inflation and have even grown during past periods of economic downturn.”

One source of KFF’s data is the Quarterly Services Survey (QSS) of the US Census Bureau. According to that survey, health services costs grew 0.3% in Q1 2020 compared with the first quarter of 2019. In the second quarter of 2020 — when the coronavirus took hold in the US — health spending plunged 8.6% compared with Q2 2019. And in the third quarter of 2020, spending rose 1.3% from the prior-year period.

Another Gauge of Spending

The researchers also looked at the personal consumption expenditure (PCE) data from the Bureau of Economic Analysis, a unit of the US Department of Commerce.

In contrast, the PCE data shows, spending on pharmaceuticals and other medical products was up 6.3% year-over-year as of October 2020. “Prescription drug revenue has not suffered from the pandemic the way health services revenue has, as the latter fell largely due to social distancing and the delay or cancelation of elective procedures,” the report notes.

The QSS analysis indicated that some healthcare sectors were hit harder by the pandemic than others. While there was a 2.4% decline in spending on all health services, physician offices saw a 4% drop and outpatient care centers experienced a 4.7% decrease in spending.

Spending on medical and diagnostic laboratories, similarly, dropped 14.6% in the second quarter. But as COVID-19 testing became more widely available in the third quarter, lab spending jumped 22.2% compared with the prior-year period. On balance, lab revenue was up 1.2% for the first three quarters of 2020, compared with the same time period in 2019.

Nursing homes saw a more substantial increase in spending. For the first three quarters of 2020, their revenue grew 4.5%. The researchers did not explain why.

As noted elsewhere, the report shows that telemedicine use has increased during the pandemic, but not enough to offset the decline in outpatient office visits.

According to the latest office visit survey by Harvard University, the Commonwealth Fund, and Phreesia, telemedicine visits in November represented just over 6% of all patient encounters, less than half of what they were last May.

Overall, this survey finds, the number of office visits has returned to its level previous to the pandemic. However, pediatric visits are still far below the prepandemic baseline, whereas visits by Medicare patients are above the baseline.

Dermatologists, urologists, and adult primary care doctors are also seeing more patients than they were at this time last year. But some other specialties are experiencing lower visit levels, as are smaller primary care practices.

Can Exercise Halt Cognitive Decline?
Help seeking: Why isn’t it as simple as it might sound?
2019 Class Day Student Address: Robert Weatherford
Does Cannabis Help With Menopause Symptoms?
BCG vaccine produces a “trained immunity response” which lasts more than a year