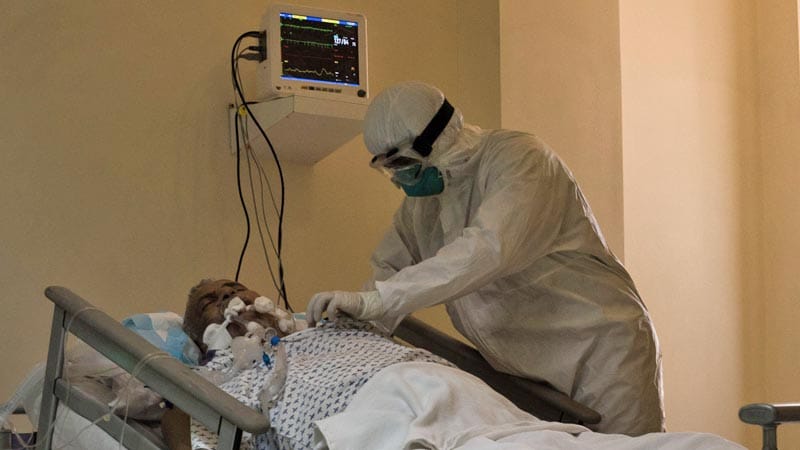 “The frontline worker” occupies the number-one slot in Modern Healthcare’ s 2020 list of the 100 most influential people in healthcare.

Those frontline workers include physicians, nurses, respiratory therapists, environmental service workers, and administrators, according to the list’s companion article.

Modern Healthcare praises the healthcare workers for their selfless labor under dangerous conditions during the COVID-19 pandemic. They also receive high praise for the compassion they’ve shown to patients, especially those dying alone in the hospital.

The other top-rated healthcare influencers on the list are more typical of those that Modern Healthcare places on its list every year. The vast majority of them are CEOs of big healthcare systems, insurers, and pharmaceutical companies.

The healthcare executives who occupy slots 2 and 3 on the list describe in the article what each of their systems did for the other during the public health crisis.

At the height of the pandemic last April, recalls Marc Harrison, MD (3), CEO of Intermountain Healthcare, his organization sent 50 clinicians to the New York hospitals of Northwell Health. Michael Dowling (2), CEO of Northwell, returned the favor in September by sending several teams to Salt Lake City to help with COVID-19 patients when a big virus surge hit Utah.

In Dowling’s comments on Harrison, he recalls that Northwell was desperate last April, and “staffing was by far our biggest concern. Among the first people I called for help was Intermountain Healthcare President and CEO Dr Marc Harrison, saying, ‘We’re inundated here, and I’m wondering if you can help us in any way?’ His immediate response was, ‘Absolutely, what do you need?’ “

The only politician on the list this year is President Donald Trump, who falls to 28 from 9 last year. In 2019, besides Trump, the politicians on the “most influential people” roster included Elizabeth Warren (8), Nancy Pelosi (15), and Bernie Sanders (24).

However, there are plenty of government officials on the 2020 list, including US Department of Health and Human Services Secretary Alex Azar (46), Centers for Medicare and Medicaid Services administrator Seema Verma (16), and US Food and Drug Administration commissioner Stephen Hahn, MD (11).

Anthony Fauci, MD, director of the National Institute of Allergy and Infectious Diseases, is listed as the ninth most influential individual. Modern Healthcare’s article credits Fauci with standing up to Trump on the value of science. He is also praised for his tireless advocacy of public health measures like wearing masks and social distancing.

Deborah Birx, MD (31), who serves with Fauci on the White House Coronavirus Task Force, is described as “a leading clinical voice in the fight against COVID-19.” But the article notes that “Birx has drawn fire over actions some critics say have undermined the role of the Centers for Disease Control and Prevention during the pandemic.”

Susan Bailey, MD (20), president of the American Medical Association, was applauded for defending physicians trying to save the lives of COVID-19 patients. Bailey, it is noted, took on Trump for claiming that doctors make more money when they diagnose patients with COVID-19.

Another important voice during the pandemic has been that of Bonnie Castillo, RN (17), executive director of National Nurses United. The union chief, the article recalls, has been a strong advocate for nurse safety during the COVID-19 crisis. She has also criticized hospitals for their lack of pandemic planning and preparedness, Modern Healthcare points out. Castillo is on Time‘s list of the 100 most influential people of 2020, as well.

Some hospital executives were placed high on the list partly because of their social activism. Gene Woods (7), president and CEO of Atrium Health, contributed $1 million of his own money to start an emergency care fund for Atrium Health employees. He was also reportedly vocal about “social equity” during the racial unrest of last summer.

Penny Wheeler, MD (22), president and CEO of Allina Health, was selected for a similar reason. Last May, as COVID-19 patients were overrunning Allina’s hospitals in the Minneapolis area, the George Floyd protests broke out. Wheeler signed a letter denouncing racism, along with other local CEOs. This occurred just after healthcare workers rallied at the state capitol to protest what they said were unsafe conditions at an Allina hospital. Wheeler said Allina had tried to obtain personal protective equipment from more than 500 sources.