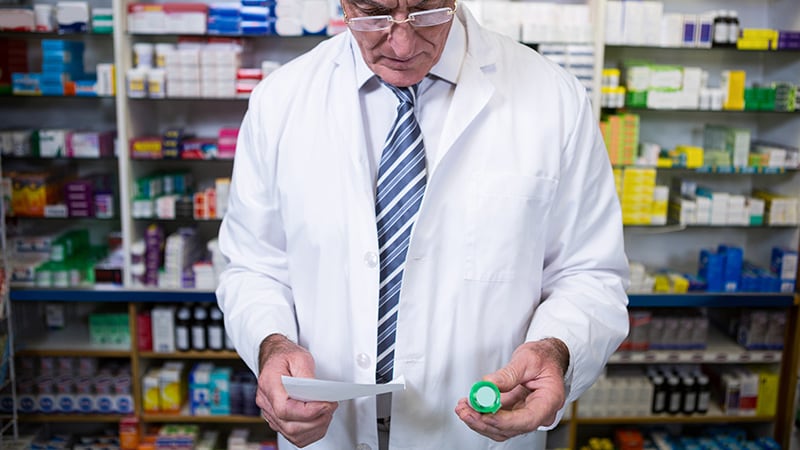 A US Food and Drug Administration (FDA) advisory committee lit a long-standing fuse, recommending that evidence from the controversial TOPCAT trial can be used to support a new indication for spironolactone.

The generic aldosterone blocker is already approved for the treatment of HF with reduced ejection fraction (HFrEF).

Hopes that it could be the first therapy to show improved outcomes in HF with preserved EF (HFpEF) were dashed in 2013 when TOPCAT failed to show a significant benefit over placebo for the primary endpoint of cardiovascular (CV) death, HF hospitalization, or aborted cardiac arrest.

Regional differences in the data, however, aroused concerns about the findings early on. Patients enrolled in Russia and the Republic of Georgia were younger, less likely to qualify on the basis of elevated natriuretic peptide levels, and had more evidence of ischemic heart disease than those in the Americas.

Event rates were also substantially lower in Russia/Georgia than in the Americas and in previous HFpEF trials, suggesting that many of these patients may not have had heart failure, the trialists argued.

Medication noncompliance also may have been more common in Russia/Georgia based on pharmacodynamic studies and a 2017 analysis showing undetectable levels of canrenone, an active metabolite of spironolactone, in 30% of Russian vs 3% of North American patients who reported using the drug at 1 year.

TOPCAT investigator Marc Pfeffer, MD, PhD, from Brigham and Women’s Hospital and Harvard Medical School, Boston, Massachusetts, said no trial is without flaws but that the observations represent serious misconduct. “Really we’re talking about a cancer, a cancer that has clear margins. The margins are Russia, Georgia that warrant censoring their data.”

The FDA’s own review of the National Institutes of Health-sponsored study, however, showed no significant interaction between treatment and region (P = .12) and “insufficient evidence to conclude the two regions are different enough such that overall results should not be considered,” said FDA statistician Ququan Liu, MD, MS.

She cautioned against removing data from a whole region that constituted almost half the study population and said it would set a precedent on what is considered substantial evidence for approval.

Several advisors concurred but, ultimately, the Cardiovascular and Renal Drugs Advisory Committee voted 8 to 4, with one abstention, that TOPCAT provides “sufficient evidence to support any indication.”

The same committee voted yesterday in support of an expanded role for sacubitril/valsartan (Entresto, Novartis) in select patients with HFpEF. In casting a “no” vote, panelist Steven E. Nissen, MD, from the Cleveland Clinic in Ohio, said that decisions made by the panel set precedent.

“If the pharmaceutical industry came to us with a study like this and said the P value was .14 but we think a bunch of our sites weren’t very good and so we’re going to throw those data out and just look at the sites we like, the FDA would not have even brought that before us,” he said. “I cannot hold other sponsors, including our own government, to a different standard.”

Nissen argued that the primary endpoint failed by a significant margin (P = .138), the study was marginally powered, there was a troubling amount of missing data in the two regions, and spironolactone is also not without side effects. “Poor study conduct cannot be an excuse for a result we don’t like.”

Panel chair Julia B. Lewis, MD, from Vanderbilt University Medical Center in Nashville, Tennessee, said she would love to support a cheap, generic drug to keep HF patients out of the hospital but was troubled by the egregious conduct of the trial and concerns about cherry-picking results. “My heart says this would be a great place for us to go but I can’t say that my head thinks this is an acceptable body of data.”

There was also a reduction in CV mortality with spironolactone (11% vs 14%; HR, 0.74; P = .027) — something, it was noted, not observed during the prior day’s proceeding on sacubitril/valsartan.

Panelist Christopher M. O’Connor, MD, from Inova Heart and Vascular Institute in Falls Church, Virginia, and Duke University in Durham, North Carolina, said he voted “yes” because of the totality of the information and that the investigators provided “compelling evidence” with or without the Russia/Georgia cohort on the efficacy on HF hospitalization reduction. “I think this is the augmented sweet spot of this data set.”

C. Michael Gibson, MD, said his decision to vote yes was not based on analyses that excluded half the patients but rather on the totality of the evidence, particularly the benefit on cumulative HF hospitalizations and in those with an EF lower than 56%.

Several panelists and members of the public cited for treatments among patients with HFpEF. Edward K. Kasper, MD, from Johns Hopkins University School of Medicine in Baltimore, Maryland, said he found both sides of the argument persuasive but that he already uses spironolactone in this setting. “Somehow I’ve become convinced that this drug worked, so I voted yes.”

Kasper said the FDA may ultimately find there isn’t an indication for spironolactone in HFpEF but that it will likely move from a IIb to IIa recommendation in the next iteration of the American College of Cardiology guidelines.

Paul Ridker, MD, MPH, from Brigham and Women’s Hospital and Harvard Medical School, said he shared concerns about the precedent of dropping half the data, “even though, in this case, I believe half the data is wrong.”

Ridker noted that he would have been comfortable using the secondary endpoint of HF reduction as an indication in patients with mildly reduced EF but abstained because that data was not presented today, although it may be available from TOPCAT and the RALES trial.

The panel took up other nonvoting questions, including what additional data would be needed to augment support for approval. Suggestions ranged from additional analyses to a new trial, with TOPCAT serving as “pilot data,” but no recommendation was made.