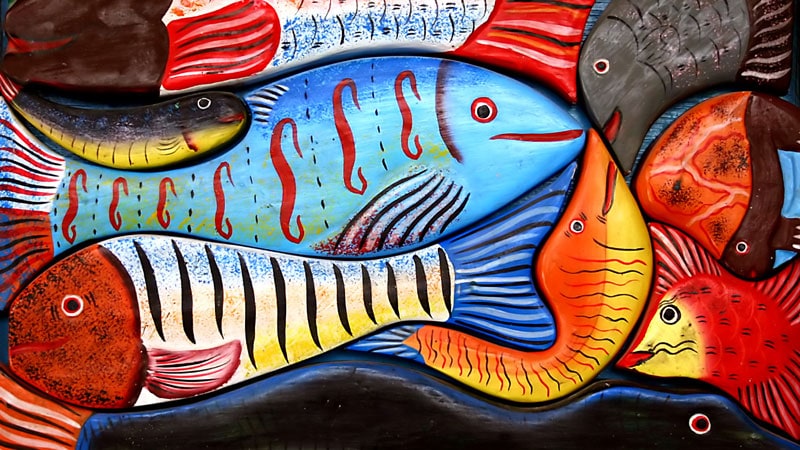 The two prominent omega-3 fatty acids in fish-oil supplements differ in their inhibitory effects on biochemical markers of inflammation, and one of them elicits a possibly more beneficial anti-inflammatory response than the other, say researchers based on a small study.

They saw broad in vitro suppression of multiple pro-inflammatory cytokines from patients who took special supplements containing 3 g/day purified docosahexaenoic acid (DHA) alone compared with supplements with purified eicosapentaenoic acid (EPA) at the same dosage. But levels of an anti-inflammatory marker, interleukin 10 (IL-10), were also reduced on DHA in the study of patients with chronic inflammatory conditions.

Taking concentrated EPA supplements didn’t suppress pro-inflammatory cytokines as much, and it also had far less impact than DHA on IL-10 levels.

“DHA appeared more potent in inhibiting individual pro-inflammatory cytokines during inflammation, whereas EPA was more effective in balancing their profiles against the anti-inflammatory cytokine IL-10,” concludes a report published December 7 in the journal Atherosclerosis.

The different findings by type of omega-3 polyunsaturated fatty acid (PUFA) following DHA and EPA supplementation seem to suggest that raising the EPA-to-DHA ratio through supplementation with EPA, compared with DHA, may achieve a more anti-inflammatory balance of cytokines, Lamon-Fava, who is principal investigator of the study, told theheart.org | Medscape Cardiology.

That could represent a mechanistic piece of a puzzle in a catalog of clinical trials from the last decade and longer, only a few of which have pointed to reduced cardiovascular (CV) risk in persons taking fish-oil-derived omega-3 PUFA supplements.

Some studies have pointed to possible EPA/DHA benefits on secondary endpoints. But “there have been so many trials that have shown negative results, and some others showing positive results, that it’s difficult to know really what is going on,” Lamon-Fava said. However, “The only two trials that used the pure EPA have both given positive results.”

The current findings of biochemical differences between supplements containing purified EPA and DHA respectively, she said, may partly explain why purified EPA seemed cardioprotective in trials while EPA/DHA did not. But that’s speculation for now. “This was done on a small number of subjects. You would need confirmation in larger studies.”

Still, they “are quite believable and in keeping with other data,” Deepak Bhatt, MD, Brigham and Women’s Hospital, Boston, Massachusetts, said in an interview. “The science has been lining up beautifully. There’s been more and more data to support that EPA provides cardiovascular benefit. And it’s not clear that any mixtures of omega-3 fatty acids do.”

The broader-spectrum cytokine action of DHA, including its dampening of pro-inflammatory IL-10, “is sort of like a shotgun effect, reducing lots of anti-inflammatory markers,” said Bhatt, who is REDUCE-IT principal investigator. “EPA is maybe a bit more like a smart missile, targeting inflammation where you want it to, not necessarily indiscriminately.”

From PUFA to SPM

The observed anti-inflammatory effects of EPA and DHA were biochemically downstream of their conversion to specialized pro-resolving mediators (SPM), which then mediated the release of tumor necrosis factor (TNF) alpha, interleukin 6 (IL-6), and the other biomarkers.

That novel finding “differentiated our work from what has been done by other groups,” Lamon-Fava said. The cytokine effects of EPA and DHA largely depended on conversion to SPM molecules “that were much more potent than EPA and DHA” in their anti-inflammatory potential.

“This is an area of very complex biology, with many biologically active metabolites derived from EPA and DHA which all have different properties,” said Ballantyne, a coauthor on the primary reports for both REDUCE-IT and STRENGTH. “I do believe that more research in understanding the metabolites of EPA and DHA is the most promising approach to understanding the potential reasons why the results in the two trials may differ.”

Bhatt said the processes described in the current report appear to help explain why the purified EPA preparations may be performing better in clinical trials. “But I don’t want to be overly reductionist; it’s probably a lot of things.”

For example, perhaps dosage variations in the trials had something to do with the difference, Bhatt said. Or maybe the usually over-the-counter EPA/DHA preparations are subject to more oxidation during the manufacturing process, and “it’s the oxidation that undoes any potential benefit of the EPA, or the DHA for that matter.”

Importantly, the narrow and broader-spectrum effects observed for EPA and DHA, respectively, were on inflammatory markers released from patients’ peripheral-blood monocytes after ex vivo lipopolysaccharide (LPS) stimulation, not in their circulation. Neither EPA nor DHA had any apparent effect on in vivo cytokine levels.

That apparent “discrepancy,” the report proposes, “may be attributed to a greater anti-inflammatory potency of EPA and DHA following inflammatory stimulation than in the steady-state.”

The 21 participants, 9 men and 12 postmenopausal women (age 50-75) had elevated triglycerides and were obese or had hypertension or elevated fasting glucose. Following a 4-week lead-in phase, they received 3 g/day of either EPA or DHA for 10 weeks, followed by a 10-week washout period, followed by 10 weeks of the other omega-3 PUFA at the same dosage in randomized order.

They were blinded as to which supplement they were taking, as were their own healthcare providers, the investigators, and the outcomes assessors, the group writes.

The two PUFAs showed no such effects on cytokine levels associated with monocytes that were not stimulated by LPS, the group reports.

None of the patients were clinically followed in the current analysis, and the study isn’t powered nearly enough for clinical outcomes. But quite anecdotally, Lamon-Fava said, “I can tell you that some of our patients, when they came back for their visits, would tell us that they had an improvement in the way that they could bend their fingers — often their arthritis was getting better.”

Lamon-Fava and the other study authors have disclosed no relevant financial relationships. Prevention Pharmaceuticals provided the omega-3 PUFA supplements. Bhatt has disclosed receiving grants from Amarin and other companies and personal fees from a number of companies; personal fees from WebMD and other publications or organizations; and having other relationships with Medscape Cardiology and other publications or organizations.