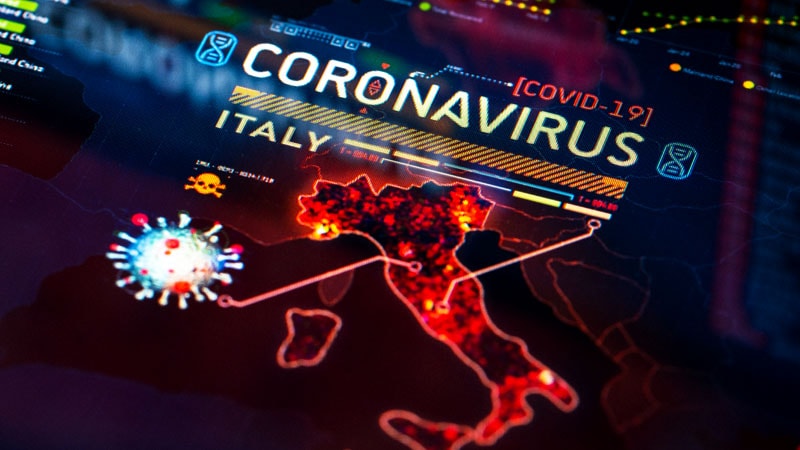 Retroactive testing shows COVID-19 appeared in Italy about three months earlier than first believed ― a finding that may explain how the pandemic swept across the nation with such devastating speed.

A 4-year-old boy in Milan had a cough on Nov. 21, 2019, and was taken to the emergency room with acute respiratory problems on Nov. 30, according to a new study published in the CDC’s Emerging Infectious Diseases. On Dec. 1 he developed a measles-like rash and on Dec. 5 an oropharyngeal swab specimen was taken for clinical diagnosis of suspected measles.

But doctors in Italy’s Measles and Rubella Network later noticed that some patients who were thought to have measles ended up testing negative for that illness.

Researchers re-examined 39 swabs of suspected measles patients, including the boy’s. His swab tested positive for coronavirus, the study says.

That apparently means the boy had COVID-19 about three months earlier than the first confirmed COVID-19 cases in Italy, which were identified on Feb. 21, 2020, in Codogno in the Lombardy region, the study says.

The existence of the virus in northern Italy three months before anybody knew “would help explain, at least in part, the devastating impact and rapid course of the first wave of COVID-19 in Lombardy.” researchers wrote.

Italy was the first European nation ravaged by COVID. Since the beginning of the pandemic, Italy has reported almost 1.8 million confirmed cases and more than 62,000 coronavirus-related deaths. The death count is the sixth-highest in the world.

“These findings, in agreement with other evidence of early COVID-19 spread in Europe, advance the beginning of the outbreak to late autumn 2019,” the researchers wrote.

“However, earlier strains also might have been occasionally imported to Italy and other countries in Europe during this period, manifesting with sporadic cases or small self-limiting clusters. These importations could have been different from the strain that became widespread in Italy during the first months of 2020.”

The study didn’t say how the boy, who had not traveled outside the region, contracted the coronavirus. Scientific evidence so far shows the coronavirus developed in Wuhan, China, and spread outward to other nations.

The researchers said that further studies of archived samples will be crucial in determining “exactly the timeline of the COVID-19 epidemic in Italy and will be helpful for the preparedness against future epidemics.”