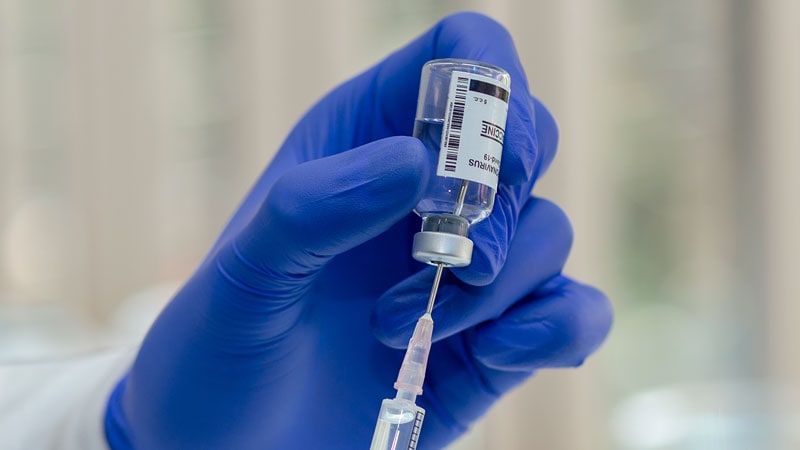 A Centers for Disease Control and Prevention (CDC) advisory committee recommended on Saturday the recently authorized Pfizer-BioNTech COVID-19 vaccine for people age 16 and over in the United States, stating they found it was safe and effective.

The agency said it will quickly issue guidance to clinicians so they can determine when and when not to give the vaccine, and to help them communicate the risks and benefits to patients.

CDC staff gave a preview of those clinical considerations at the agency’s Advisory Committee on Immunization Practices (ACIP) meeting on December 12 and said it would be holding calls with clinicians on December 13 and 14.

The CDC will also issue guidance December 13 on how organizations can handle the workforce problems that might arise as health care workers experience side effects from vaccination.

The ACIP voted 11-0, with three recusals, to recommend use of the Pfizer-BioNTech mRNA vaccine in individuals 16 years or older according to the guidelines of the Food and Drug Administration’s (FDA) emergency use authorization issued on Friday.

The panel also voted unanimously to include the vaccine on the 2021 immunization schedules. All panel members said the recommendation should go hand-in-hand with the ACIP’s previous recommendation on December 1 that allocation of the vaccine be phased-in, with health care workers and residents and staff of long-term care facilities in phase 1a, as reported by Medscape Medical News.

ACIP panelists said clinicians need more guidance on whether to use the vaccine in pregnant or breastfeeding women, the immunocompromised, or those who have a history of allergies.

The FDA health care provider information sheet said there is not enough data to recommend vaccinating those women or the immunocompromised, and also advises against giving the vaccine to individuals who have a history of serious allergic reaction to any component of the vaccine.

Peter Marks, MD, director of the FDA’s Center for Biologic Evaluation and Research (CBER) clarified this in a briefing on December 12, noting that women who are pregnant or lactating can make the decision in consultation with their doctors. And, he said, patients with any other history of allergy should be able to safely get the vaccine.

The CDC — in its soon-to-be-released guidance — will make the same recommendations. For any woman considering getting vaccinated, she should consider the level of COVID-19 in the community, her personal risk of contracting the disease, the risks to her or her fetus of getting the disease, and the vaccine’s known side effects, Sarah Mbaeyi, MD, MPH, a medical officer at the agency, said during the panel meeting Saturday.

She added that the CDC will also urge physicians to advise women to take acetaminophen if they develop a fever after vaccination — to protect the developing fetus from the fever.

Sandra Fryhofer, MD, representing the American Medical Association, commended the CDC for these recommendations. But she also called on Pfizer, the FDA, and the CDC to make data from the developmental and reproductive toxicity (DART) studies public as soon as possible.

“We really need to put those results on warp speed and get them out there to give our physicians and pregnant women more information,” said Fryhofer, an adjunct associate professor of medicine at Emory University School of Medicine in Atlanta.

The American College of Obstetrics and Gynecology (ACOG) will also soon release guidance for vaccinating pregnant and breastfeeding women, said Linda Eckert, MD, FACOG, an ACOG representative on the panel.

ACOG and the CDC met the morning of December 12 to discuss risks and benefits with experts in immunology, placental pathology, and vaccine kinetics, she said.

“The overall complete consensus was that we don’t see biological plausibility at this time for placental transfer of the mRNA and that we see that direct fetal exposure or the possibility of fetal inflammatory response is extremely unlikely,” said Eckert, professor of obstetrics and gynecology at the University of Washington. “Clearly we are waiting on the data.”

A Pfizer official told the ACIP panel that preliminary data “show no indication of either developmental or reproductive toxicity,” and that the company plans to send the final DART data to the FDA at the end of December.

On the potential for allergic reactions, the CDC concurred with the FDA that the vaccine should not be given to people with a history of serious reactions. The agency added that the category should include anyone who has had a reaction to any vaccine or injectable drug product, because injectables may contain the same ingredients as the Pfizer vaccine, said Mbaeyi.

The CDC will also urge clinicians to observe patients with a history of anaphylaxis for 30 minutes after vaccination and all patients for at least 15 minutes afterwards.

Should Teens Be a Special Population?

At least one ACIP panel member — Henry Bernstein, DO, MHCM, FAAP — said he was concerned that backing use of the vaccine in 16- and 17-year-olds was a leap of faith, given that Pfizer had extremely limited data on this age cohort.

Bernstein, professor of paediatrics at the Zucker School of Medicine at Hofstra/Northwell in Hempstead, New York, also said that systemic reactions were more common in that age group.

He argued for making the 16- and 17-year-olds a “special population” that would get specific attention and guidance for vaccination from the federal agencies and professional societies.

Bernstein said he did not want to sow any more doubts in parents’ minds about vaccination, noting that hesitancy was a growing concern. “A successful pediatric vaccination program depends on creating and sustaining parental confidence in both the safety and effectiveness of this vaccine,” he said.

Many panelists, however, noted that there has been no evidence to suggest that the vaccine is not safe, or any less effective in that younger age group.

Yvonne Maldonado, MD, the American Academy of Pediatrics representative on the panel, said that this age group should not be denied the vaccine as they are often working essential or front-line jobs that put them at higher risk for infection.

“I am very concerned about this message being sent out that this vaccine will not be safe in children,” said Maldonado, professor of pediatrics and health research and policy at Stanford University School of Medicine in Stanford, California.

“We currently have no evidence that that is the case,” she said, adding that there is also no indication that the younger children are biologically or physiologically different in their response or safety risk than 18-year-olds.

Committee members breathed a sigh of relief at the end of the 2-day meeting, saying that although the Pfizer vaccine was not perfect, it represented a scientific milestone and a significant advance against the continuing march of the SARS-CoV-2 pandemic.

“This vaccine and future vaccines do provide a promise for a lot of progress in the future,” said panelist Beth P. Bell, MD, MPH, clinical professor of global health at the University of Washington School of Public Health in Seattle.

Peter Szilagyi, MD, MPH, executive vice-chair and vice-chair for research at the University of California, Los Angeles pediatrics department, said, “I’m really hopeful that this is the beginning of the end of the coronavirus pandemic.”

“The need for this vaccine is profound,” said Veronica McNally, president and CEO of the Franny Strong Foundation in West Bloomfield, Michigan.

The ACIP panel also made an argument that while the at least $10 billion put into vaccine development by the federal government’s Operation Warp Speed alone has been a good investment, more spending is needed to actually get Americans vaccinated.

The imbalance between the two is “shocking and needs to be corrected,” said Bell. “We are not going to be able to protect the American public if we don’t have a way to deliver the vaccine to them.”