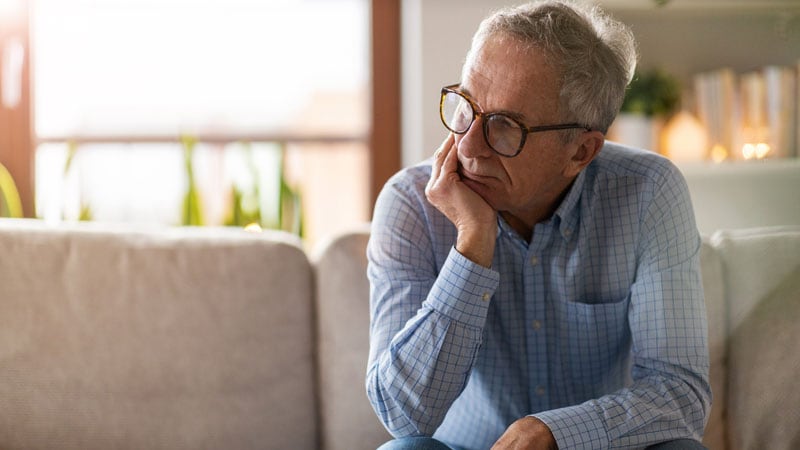 Apathy is an early marker of frontotemporal dementia (FTD) and predicts future cognitive decline, a new study has shown.

“Our study shows clearly that apathy is a precursor to FTD. As such, it could help us identify patients before they develop cognitive symptoms and give us the opportunity to help them stay well for longer,” senior author, James B. Rowe, MD, told Medscape Medical News.

The researchers suggest that apathy may also be a modifiable factor in its own right, by pharmacological or nonpharmacological interventions, and it is therefore a potential target not only for symptomatic treatment but also for interventions to delay clinical decline in people at risk for FTD.

“We would encourage family members to encourage individuals who develop apathy to seek medical advice. And we would urge doctors to take apathy seriously and to ask about a family history of dementia. While apathy is a common symptom of depression, not all patients with apathy are depressed,” added Rowe, who is professor of clinical neuroscience at the University of Cambridge, United Kingdom.

The study was published online on December 14 in Alzheimer’s & Dementia, the journal of the Alzheimer’s Association.

Rowe explained that while apathy occurs in all types of dementia, it is particularly common in FTD and is associated with a worse prognosis including reduced survival and being more likely to need nursing home care.

“As FTD has a strong genetic component, we can sometimes identify individuals relatively early in life who carry the faulty genes and have a high risk of developing the condition later in life. This can give us a head start in trying to take preventive actions,” he said.

In this study, the researchers compared the incidence of apathy in a group of individuals carrying gene variants known to be associated with FTD but before symptoms of the condition had developed and in a group of relatives who did not have such gene variants.

The study involved 304 presymptomatic carriers of MAPT, GRN or C9or f 72 mutations and 296 relatives without mutations. They all underwent clinical assessments and MRI scans at baseline, and then annually for 2 years. As part of the assessments, a family member, normally a spouse, was asked about apathy symptoms.

“Our results show that it is very clear that apathy precedes cognitive decline,” Rowe stressed.

“We also showed that apathy was related to structural brain changes — in particular shrinkage of the cingulate cortex — part of the prefrontal cortex which controls social engagement and motivation and one of the areas most affected by FTD. So this tells us the mechanism,” he noted.

“Our results show is that apathy is occurring years before cognitive symptoms develop and correlates with brain changes. So detecting apathy could be the first sign of FTD and, if identified, could give us a window of opportunity to try and delay onset of dementia symptoms.”

Rowe explained that in future this could involve administration of drugs that block the particular FTD gene variants identified. Several such drugs are currently in development. But even now, there are interventions that may help.

“Patients can also be given help to engage in healthy activities such as fitness regimens, good diets, social contact, and mental activities that apathy can cause to slide. Instead of relying on inner drive, they need to be encouraged to develop habits to keep a healthy lifestyle which in itself may delay cognitive decline,” Rowe said.

It is estimated that one in three patients with FTD have a known gene variant. In the general Western population, around two in 100,000 have such gene variants. “Many individuals do not know they are carrying such a gene and have a high risk of developing the condition. The development of apathy could be the first sign, and lead to further investigations that may result in a gene test,” Rowe noted.

While the decision to have a gene test is a very personal one, Rowe points out that there are benefits to having this information. “Individuals can make better informed decisions about family planning, and career and financial choices if they understand their risk.”

Rowe and his team are also conducting studies to investigate whether apathy could play a causal role in FTD and whether treating apathy with pharmacological and behavioral interventions may increase motivation, and whether this may slow cognitive decline.

This work was cofunded by the UK Medical Research Council, the Italian Ministry of Health, and the Canadian Institutes of Health Research. Rowe reports grants from the NIHR Cambridge Biomedical research centre, Wellcome Trust, and Medical Research Council; personal fees from Asceneuron, WAVE, Astex, and Biogen; and grants from Janssen, AZ MedImmune, and Eli Lilly, outside the submitted work.

The US is on a Covid plateau, and no one’s sure what will happen next
What Are Growing Pains? Turns Out No One Really Knows
Here’s Why Violent Video Games Are So Popular, According To A Study
Science Matters with Pam Silver: The technology of this century
Monkeypox: Is It Too Late To Stop The Outbreak?