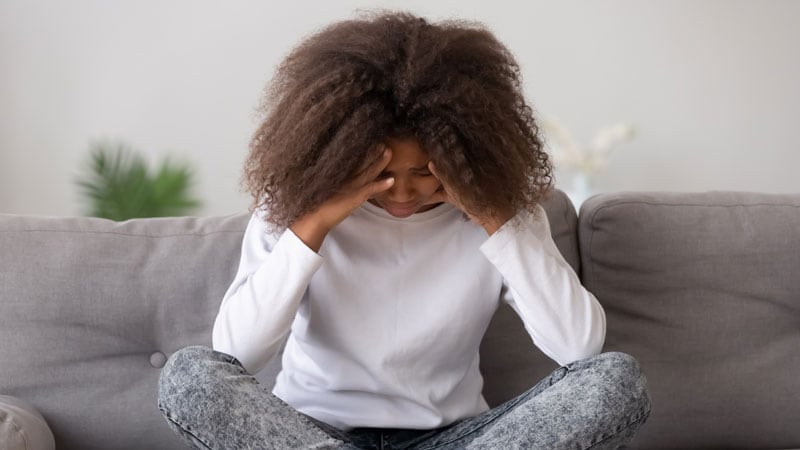 For too long, eating disorders have been considered a disease that afflicted mostly affluent white teenage girls, but there really is no type for eating disorders, said Laurie L. Hornberger, MD, MPH, lead author of a new clinical report on eating disorders in children and adolescents prepared by the American Academy of Pediatrics Committee on Adolescence.

In a separate interview with Pediatric News, Hornberger, associate professor of pediatrics, University of Missouri–Kansas City, explained that eating disorders occur across the spectrum of races, ethnicities, sexes, and socioeconomic statuses, so “getting caught up in that stereotype can cause you to overlook kids with significant problems.” Pediatricians are on the front line in identifying and referring eating disorders for treatment, which is crucial to earlier detection, intervention, and better outcomes, she said.

“Once you become familiar with the signs and symptoms of EDs [eating disorders] and actively start screening for them, you realize how common they are,” she noted, adding that pediatricians should be inquiring routinely about body image, attempts at weight management and what was involved in that weight management.

Efforts to restrict calories, limit food choices/groups, exercise excessively, force vomiting, abuse laxatives, etc., are all signs. If the child/adolescent experiences guilt with eating, feels the need to compensate for their eating with exercise or purging, is preoccupied with thoughts of food or calorie counting, feels he/she has lost control of their eating, or experiences uncontrollable binges where they are unable to stop eating despite feeling full and wanting to stop, these are all further evidence of an eating disorder, she added.

There are also physical clues to alert pediatricians. Abrupt or sharp increases or decreases in weight, as measured in growth charts, should be monitored and questioned, Hornberger cautioned. Physicians should be careful to hold compliments on weight loss until learning how the weight loss was achieved.

“Vital signs, such as a resting bradycardia and orthostatic tachycardia, can reflect malnutrition, as can other physical findings. Although lab screening is frequently normal, it should not, by itself, rule out an [eating disorder]. Pediatricians should also be aware of the signs and symptoms of medical instability in an [eating disorder] patient that warrant hospitalization for renourishment,” she explained.

Number of Eating Disorders Increased in 2020

Current pandemic conditions have shown an uptick in the number of referrals and long wait lists for eating disorder centers, noted Hornberger. Having a formal eating disorder treatment program nearby is a luxury not all communities have, so being able to call upon primary care pediatricians to be an active part of a treatment team, which ideally includes a mental health provider and dietitian, both experienced in eating disorders, is pretty important. In coordination with the team, pediatricians are responsible for monitoring physical recovery and remaining alert for signs of struggle to recover and the need for a higher level of care.

In a separate interview with Pediatric News, Margaret Thew, DNP, FNP-BC, medical director of adolescent medicine at the Medical College of Wisconsin, Milwaukee, observed, “COVID-19 has created a surge of children and adolescents struggling with eating disorders. Eating disorder numbers have been associated with social media promoting the avoidance of COVID-19–related weight gain and influencers promoting thin body image.

The abrupt end of face-to-face learning, sports participation, and generalized anxiety have further influenced mental health and disordered eating behaviors. Early in the pandemic, the true impact on the psychosocial well-being of children and teens was not known. We are only now seeing the impact months into this pandemic. The timeliness of the American Association of Pediatrics guidelines on the identification and management of children and teens presenting with an eating disorder is pivotal to recognition and treatment,” she said.

“Treatment of disordered eating requires all parties to accept the diagnosis and no longer support unhealthy eating patterns. The environment rationalizing the disordered eating may require changes to reduce behaviors and improve nutrition,” she cautioned.

New Guidelines Offer a Range of Diagnostic and Treatment Resources

Beyond providing a list of comprehensive definitions, the guidance reviews prevalence data for eating disorders, and provides detailed screening, assessment, and laboratory evaluation guidelines. Medical complications, including psychological, neurologic, dermatologic, dental and/or oral, cardiovascular, gastrointestinal, renal and electrolyte, and endocrine effects are discussed in detail as are treatment principles, financial considerations, and prognosis.

Besides the important prevention and advocacy roles the authors identify for pediatricians, the guidelines highlight four key areas where pediatricians play a key role in the screening and management of eating disorders, as touched on previously by the guidance authors in this article.

In a separate AAP press release, Margo Lane, MD, coauthor of the report, noted, “As pediatricians, there is much we can also do outside the clinic to advocate for our patients, through legislation and policy that support services, including medical care, nutritional intervention, mental health treatment, and care coordination.” Physicians can also play an important role in reprograming familial and societal attitudes and behaviors by encouraging more positive language that deemphasizes weight and embraces and celebrates kids of all shapes and sizes, added Lane.

Hornberger and colleagues as well as Ms. Thew had no conflicts of interest and no relevant financial disclosures.