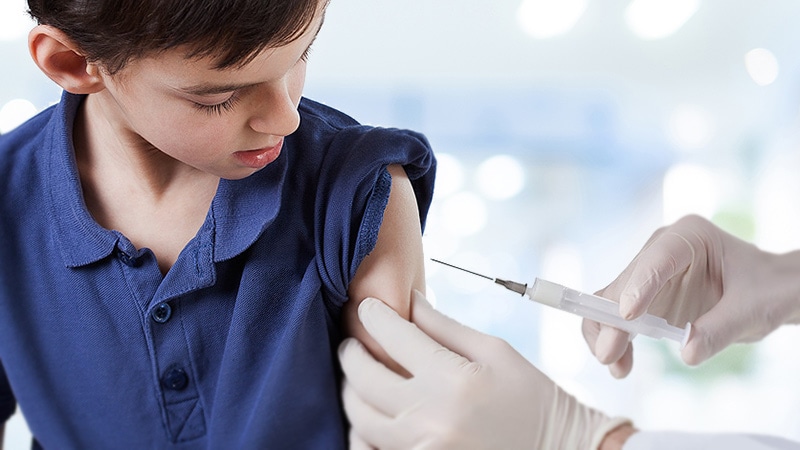 Washington, DC, has approved legislation that allows minors as young as 11 to consent to vaccination without their parents’ knowledge — if a physician determines the child is capable of giving informed consent.

It also prohibits insurers from sending an explanation of benefits to the parents, and it requires a physician to submit the immunization record directly to the minor’s school “if the parent is utilizing a religious exemption or is opting out of receiving the Human Papillomavirus vaccine,” according to the legislation.

The bill passed the DC Council in November and Mayor Muriel Bowser (D) did not sign or veto it, allowing the legislation to stand. It still must be reviewed and accepted or revoked by Congress, which has until the end of January to act.

The DC chapter of the American Academy of Pediatrics (AAP) supported the bill, starting with its introduction in 2019 by Council Member Mary Cheh (D). But some parents, particularly in the African American community, are not happy.

“The state is attempting to exert parental control without parental responsibility,” said Kymone Freeman, cofounder of We Act Radio, an activist station based in Anacostia, a socioeconomically disadvantaged section of the city. “They want to have the right to decide what’s best for your child, and then do it without your permission, your consent, or your knowledge,” Freeman, who has an 11-year-old son, told Medscape Medical News.

He’s particularly concerned about the provisions allowing physicians to withhold information from parents. “I don’t think that’s going to go over very well,” said Freeman, adding that type of secrecy would add to the “long history of suspicion and lack of confidence in the healthcare system in the African American community.”

She also is concerned that the law “is silent on liability.” And, she said, “the continuity of care is not addressed” — an especially worrying aspect, “with parents being out of the loop.

“I do understand situations where you want to protect the child,” Woods said. “But there are provisions for that already that are not broad brush like this.” Woods said she questioned why legislators would want to encourage an 11-year-old to keep a vaccination secret from a parent.

The language on religious exemptions also did not sit well with Woods. “It seems to me that is legislating family values, culture, and decisions,” she said.

Both Freeman and Woods said they did not believe an 11-year-old had the capacity to give informed consent.

The Cheh bill originally did not have any minimum age, in keeping with other minor consent laws in DC. Minors of any age can consent to an abortion, treatment for a sexually transmitted infection, or for other reproductive health issues. They can also seek prevention, diagnosis, or treatment for substance use disorders and behavioral health issues.

Cheh introduced the bill in March 2019, aiming to put in place a response to measles outbreaks that were occurring across the United States. The bill had a hearing in June that year but did not receive further action until October 2020 — as the SARS-CoV-2 pandemic raged in the United States.

“Unfortunately, a rising number of families across the globe are choosing not to vaccinate their children based on the widely disproven belief that vaccines may cause autism or other harmful health effects,” said Cheh in a statement to Medscape Medical News. “These anti-science beliefs not only put unvaccinated children at risk, but it also puts the immunocompromised, the elderly, or those who are unable to receive vaccines for medical or religious reasons at extreme risk.”

Her legislation “aims to reduce one barrier to a vaccine that could help save a minor’s life, or the life of a loved one, who is otherwise left unprotected against deadly or debilitating diseases,” she said.

Cheh added that the decision will be made “in consultation with his or her physician — a physician who has the authority to decline a vaccine if the minor doesn’t meet the standard for informed consent or as to whom there may be other medical reasons to not administer a vaccine.”

It’s unclear how many parents claim exemptions in DC. The DC Department of Health reported 23 total medical and religious exemptions among kindergarten and first graders eligible for the measles, mumps, rubella (MMR), varicella, and DTaP vaccines during the 2019-20 school year. The health department reported 88% to 92% coverage for the MMR vaccine for that age group.

The DC chapter of the AAP testified at a November council hearing on the bill that MMR coverage at some DC charter schools had fallen to less than 85%, according to the Washington Post.

The AAP chapter did not respond to requests for comment by press time to elaborate on its support for the legislation.

Both Freeman and Woods said they are not against vaccination per se, but both also acknowledged having hesitation about the human papillomavirus (HPV) vaccine and about a vaccine for COVID-19.

Freeman said there were too many unknowns on the COVID vaccines, but that he had not dug into research on the HPV vaccine yet.

He added that he’s concerned the DC bill will give a new cause celebre for anti-vaccination organizations.

“It’s emboldened them,” Freeman said. “It’s going to give them all the fire they need. In fact, it’s adding to their credibility.”

Indeed, Robert F. Kennedy Jr’s Children’s Health Defense organization is calling on its members to stop what it calls the “predatorial bill.” Two other groups, Parentalrights.org and Stand for Health Freedom, have also urged members to find ways to overturn the bill.

Council member Trayon White Sr (D), who represents Woods, Freeman, and other residents of Anacostia, was the lone vote against the bill when it had its second and final hearing in November.

White, who has a 12-year-old child, said that 11-year-olds were not capable of making informed decisions about their healthcare, according to the Washington Post. He also reportedly said that vaccines “are a risk to children’s health.”

“Medical professionals and schools should not be permitted to coerce impressionable minors into procedures capable of causing injury or death behind their parents’ back,” said White, according to the Post.