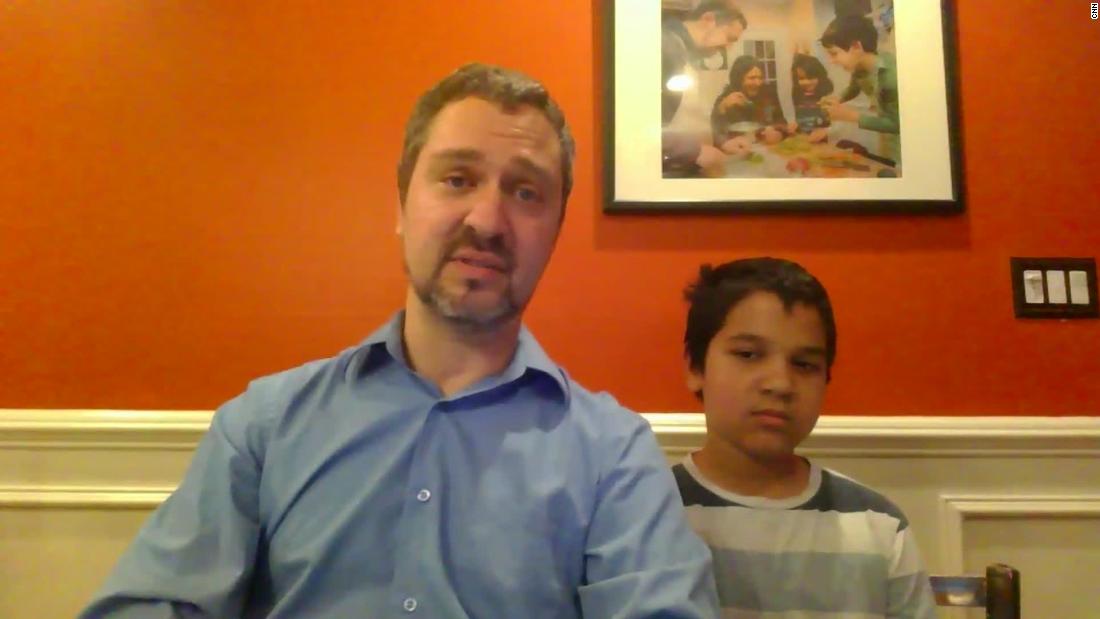 Health, Fitness & Food
Share on Facebook
Share on Twitter
Share on Pinterest
Share on LinkedIn
“Kids, I’m sorry to say this, but it is a big deal. It will hurt,” Eli told CNN’s Chris Cuomo on Monday. “You just got to face the truth: Sometimes you’re not OK.”
Eli and his father, Jonathan Lipman, are among a growing population of people who have been deemed “long haulers” — people who are diagnosed with coronavirus and experience symptoms for months.
Though research has found children face a small risk of severe illness from coronavirus.
Eli described being achy, sore and tired. He said he felt like he “got smashed into a wall.”
But as fatigued as he is and as much as he wants to, Eli told Cuomo he can’t sleep.
“My body is just like ‘nope,'” Eli said.
Lipman said doctors initially brushed Eli and his illnesses off many times. First in their diagnosis, then when their symptoms persisted and even when Eli’s temperature stayed at a low-grade fever for months.
“No one would really believe us that we were still sick, and when you keep being not believed you stop believing yourself,” Lipman said.
Lipman is still fighting the symptoms, too. He said most mornings he wakes up with aches similar to when he broke his shoulder. He can’t go up the stairs without gasping and can’t even cook dinner for his family like he so enjoys doing, because he falls asleep.
Dr. William Li, who is researching long-hauler patients, said that while there is still so much more to learn, the problem likely involves the blood vessels.
“One of the important things is to keep talking to your doctor, and doctors need to keep listening to your patients,” Li said. “There is really something unfolding before our eyes that we need before our eyes that we need to actually come together with our patients and with ourselves as researchers and as doctors to try to help heal.”
Li recommended that, in addition to regular conversation with doctors, long haulers need to get as much sleep, movement and leafy greens as possible.
This article was originally published by Cnn.com. Read the original article here.
Share on Facebook
Share on Twitter
Share on Pinterest
Share on LinkedIn