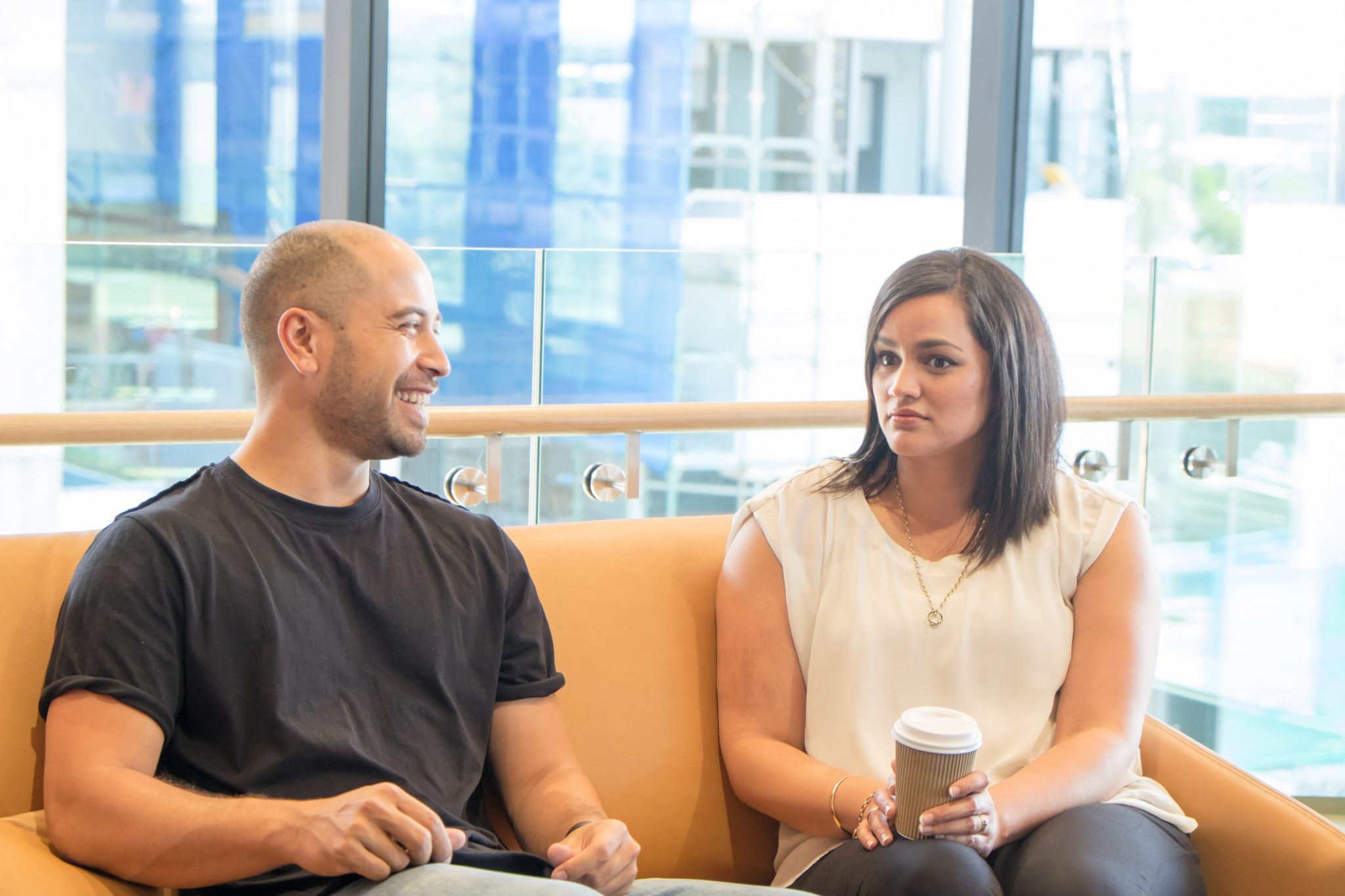 We’ve all been there. Whether it’s a coworker telling you that you shouldn’t join in on the company cake or a friend who makes an ignorant joke, there are many times where we are put into social situations where diabetes is a brunt of a joke or just blatantly misunderstood.

How does this make a person living with diabetes feel? Well, that depends on the person, their relationship with their condition, their sense of humor, and their ability to let things go. I bet many of us fall somewhere in the middle, which means at times we say nothing but other times, we feel compelled to put some myths to bed and/or educate our friends and family on a disorder that most know so little about.

About a year into my diagnosis, I went to a party and a friend came over, proudly carrying a dessert tray shouting, “Who wants diabetes?” Now in this instance, I was shocked. At that point, I was newly diagnosed and hadn’t been the brunt of a joke yet. I decided to let this one go. It wasn’t directed at one person, and it wasn’t said maliciously. It was just a distasteful joke, considering I hadn’t slept for days, was just coming out of my honeymoon and each day was a new diabetes adventure.

Fast forward to six years later. My son was only six when I was diagnosed but now he is 13 and always has friends over at the house. This summer, the boys were making different mug cakes concoctions and one joked, “We are totally getting diabetes after this.” I wanted to say nothing. I knew my son would be embarrassed if I chimed in. But then, I thought about their friend who lives around the block from us who was diagnosed two years after I was. I thought about him hearing that joke and I decided to educate. I explained that neither I nor the boy around the block did anything to deserve this disease. I told him that it is an autoimmune condition and we just got unlucky. Next, I went on to explain that people living with type 2 diabetes have it for different reasons, including their genetics. Luckily, this kid is an intellectual one who took interest in what I was saying. Maybe I made a difference.

Here are some main ways that I usually like to handle these types of uncomfortable situations:

I bring this one up first because I feel it’s very important to take a step back and remember — most if us knew nothing about diabetes until we had to. I have a very good friend who lives with Mulitple Sclerosis; she fights her own battle and I can honestly say it’s one I am not familiar with. While I wouldn’t go around making jokes, I also wouldn’t be aware of the impact that they may make.

It’s okay to get bothered by insensitive jokes, but it can sometimes be better to just laugh and let it go! It’s better for your mental and emotional state and if you have children, you set a good example about not sweating the small stuff!

This doesn’t only apply to uncomfortable situations involving diabetes, but any circumstance that may trigger you to react suddenly. I often have to remind myself to take a step back, wait a few minutes, and then think about how I should approach the situation. The last thing you want to do is unleash on Betty from down the hall because she asked if you should be eating that cookie. There is always a better way to handle these types of scenarios!

Take the Opportunity to Educate

There is a time and a place to educate; it just may not be worth it when it comes to your 96-year-old aunt who still thinks if you would just start exercising, your blood sugars will normalize. But, there are opportunities, and when appropriate, we should all do our part to shed some light on a disease that is in fact, quite time-consuming and quite demanding. You may be pleasantly surprised by the interest and responses you receive.

Let’s remember that everyone is fighting a battle we know nothing about. Chances are, if someone is saying insensitive things or making you feel uncomfortable, it is likely more about them than it is you. So remember that, have grace and choose kindness.

Getting upset with uncomfortable situations is understandable and we can all relate. But focusing on the more important things in life is sure to leave you feeling happier and healthier!

Have you dealt with uncomfortable situations surrounding diabetes? How did you handle it? Share and comment below!