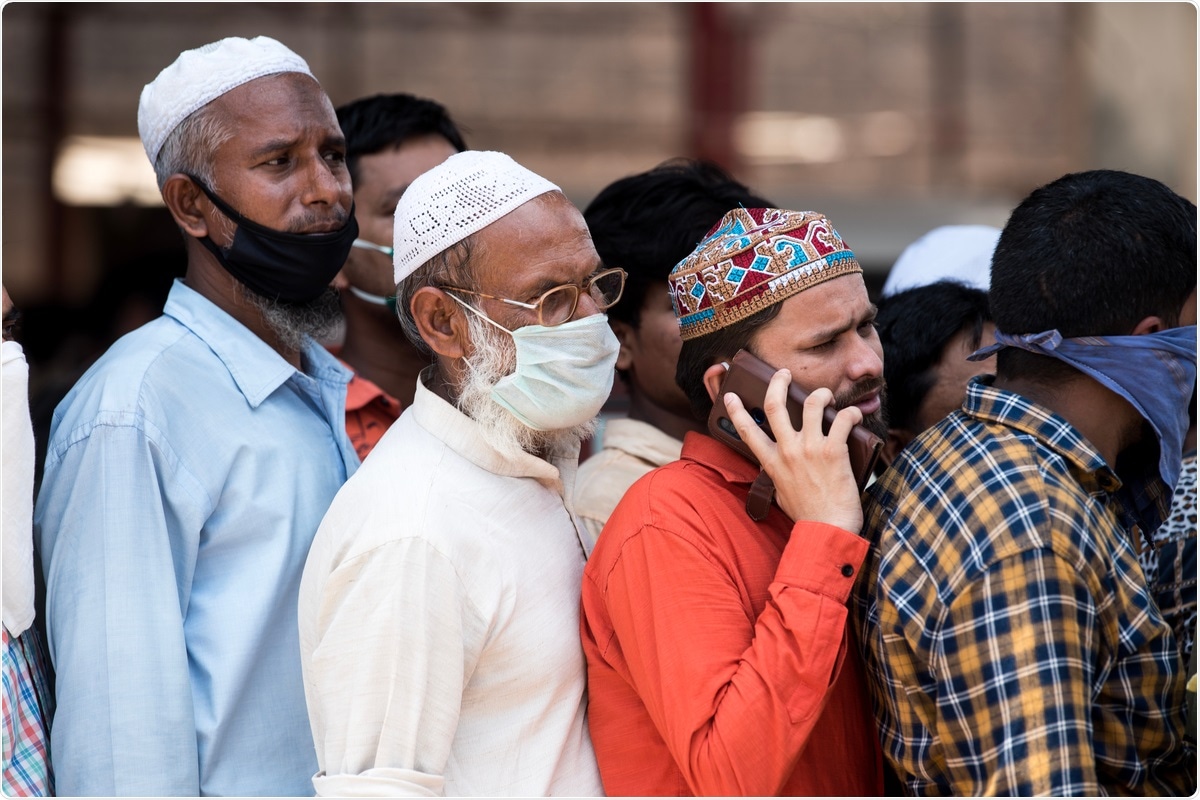 Low- and middle-income countries have been heavily impacted by the coronavirus disease 2019 (COVID-19) pandemic, which is caused by the infective agent severe acute respiratory syndrome coronavirus 2 (SARS-CoV-2).

A new US-based study by researchers at Dartmouth College, the Development Data Lab, IDFC Institute, Johns Hopkins University, and the University of Chicago shows that the infection fatality rate (IFR) could be twice as high for men compared to women and increases much less at older ages compared to high-income countries.

The coronavirus pandemic reached India in January 2020, when the country reported its first case. The first few cases were residents who returned from Wuhan, China, the place where the virus is thought to have emerged. However, in May 2020, the country reported a surge in COVID-19 cases. Many of these were tourists who can back after trips to Italy, United Arab Emirates, Thailand, and Iran, among others.

From there, localized transmission has occurred, with thousands of new cases being reported. To date, the infection toll has reached a staggering 10.39 million confirmed cases and over 150,000 deaths.

Measuring the infection fatality rate for SARS-CoV-2 has been one of the priorities of scientists since the pandemic began. Reliable estimates of the IFR are important for policy decisions and vaccine allocation plans.

This will determine in a given country who are at a higher risk of developing severe COVID-19 and dying from the complications of the illness. Worldwide, scientists have tagged older adults and those with underlying health conditions as the ones with the highest risk of COVID-19 death.

Estimating infection fatality rates need an accurate measurement of the number of infections and deaths in the population due to COVID-19. This can be measured by getting the number of positive tests.

However, most of these studies focused on high-income countries. There is limited data about IFRs in low-and middle-income countries such as India. Also, in these countries where testing is not widespread, the number of infections and deaths may be underreported. This can affect IFR computation and estimates.

The new study, published on the pre-print medRxiv* server, shows that the IFR in India is about twice as high for men than women, is heterogeneous across contexts, and increases much less at older ages compared with studies in high-income countries.

To arrive at the study findings, the researchers utilized three data sources from India that are uniquely well-suited to calculate age-specific IFRs. They used population-representative seroprevalence surveys in Mumbai and Karnataka. The researchers calculated the IFR by matching results from the surveys.

Further, the team used a survey of COVID-19 prevalence among short-term outmigrants returning home to the Bihar state. These are mostly working-age men. The team aimed to measure age-specific IFRs in all three locations and compare them to international estimates.

The study findings showed that IFRs were lower than those measures in higher-income countries, especially at the ages where most deaths occur. For both men and women, there is a variation in IFRs across the three locations in the country.

Also, the study revealed a weaker increase in IFR over age than seen in other nations. It is known that the pattern of death or mortality in low- and middle-income countries tilts younger than would be predicted from age distribution. This could be tied to a flatter age profile in mortality.

Further, migrants to Bihar have a higher IFR because they were among the most socioeconomically distressed people in the country.

What the researchers noted was there could be underreporting of deaths in the country, which could have affected the IFRs calculated in the study. They suggest better epidemiological surveillance and accounting of SARS-CoV-2 improve the ability to understand the fatality risk of SARS-CoV-2 in lower-income settings.