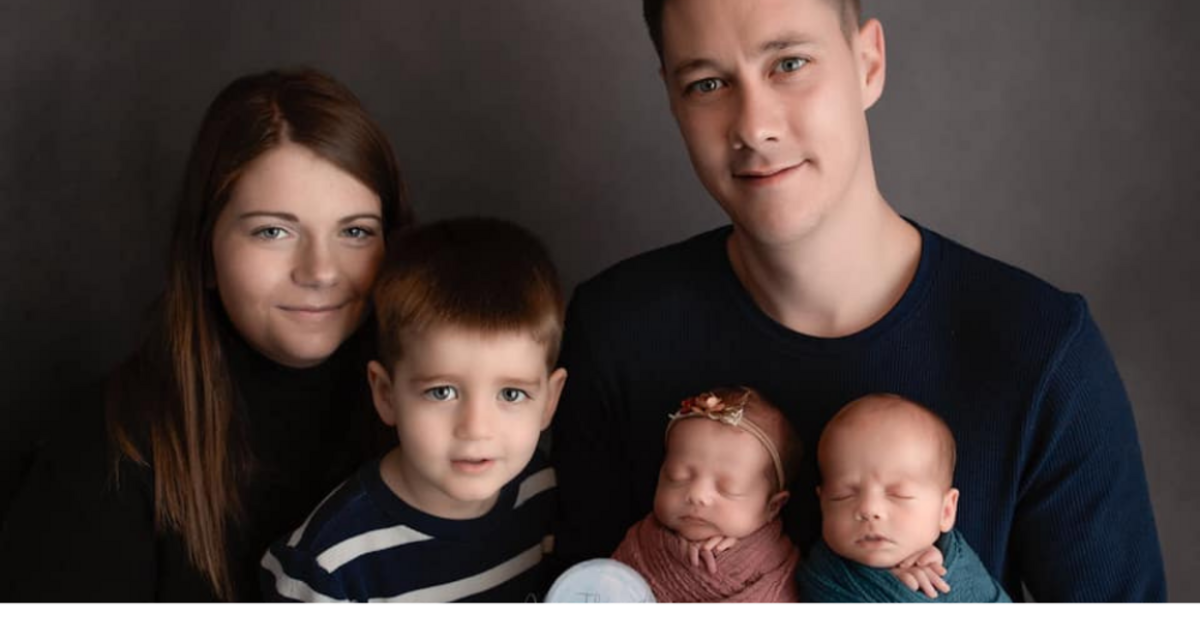 Lorna Whiston was told her breast cancer had returned just five days after giving birth to her twins through emergency C-section. Now, she’s taking her life by storm and spreading awareness about breast cancer, ensuring young women continue to check their bodies regularly.

Lorna was first diagnosed with breast cancer in February of 2019 when with her oldest son, Mason. “I was playing with Mason, who was only one at the time, and he hit my boob and I thought it seemed a bit sore,” Lorna explained. “I felt it and found a lump, but I thought it was just hormonal because I was only 24 at the time and on my period.”

Lorna decided to visit her doctor, and after having the lump biopsied, she was told she had breast cancer. She immediately jumped into a grueling treatment that included a double mastectomy, followed by reconstruction surgery a month later, freezing her eggs, and six months of chemotherapy. “The main side effect for me was that it was so tiring, I could have stayed in bed all day,” Lorna recalled. “But Mason had just turned two and wanted to play so he stopped me from moping around; he was my saving grace.”

Finally, after the long six months of treatment, Lorna stood next to her boyfriend Jonny Parkes and rang the bell at Christie Hospital in Manchester. Much to Lorna’s surprise, turning around after ringing that victory bell, she saw Jonny on one knee, asking her to be his wife. “It was so overwhelming — I just couldn’t stop crying! He had to say ‘So, is that a yes then?’”

Lorna, rightfully so, felt her life was finally back on track. The next year in May of 2020, Lorna had a “funny feeling” and ended up taking a pregnancy test. Despite having no symptoms, Lorna discovered she was four weeks pregnant, and a scan three weeks later showed it was twins! “You aren’t supposed to try and get pregnant in the first couple of years after chemo, and it was an accident, but a good accident,” said Lorna. “I was so excited and overjoyed, and both me and Jonny felt bless, like it was meant to happen.”

However, at five months pregnant, things begun to take a turn for the worse. She felt herself getting out of breath easily, and was often winded by climbing a flight of stairs. “I thought it was just down to it being twins at first, but then in November I developed a little cough. The cough quickly got worse and after three days I struggled to get to the end of a sentence when reading a book for my son.” Naturally, Lorna and Jonny worried it may be COVID and quickly had Lorna checked out at the hospital.

Lorna had a CT scan of her chest, which showed a mass right above her collarbone. “Even though they couldn’t confirm anything, I immediately thought the worst and was a bit upset. It’s hard to hear it a second time once you’ve been through it all once.” They decided to have the twins early via emergency C-section and Lorna had a full-body CT scan the day after. Four days after her scan, was told her breast cancer had returned at Stage 4 and that her odds of survival were very low.

“I worry the effect it will have on Mason because he’s not old enough to understand, he just thinks mummy’s poorly.” Lorna is now four weeks into her treatment with chemotherapy and immunotherapy, but she’s not going to allow this diagnosis to stop her from living. Her bucket list includes marrying Jonny, of course, putting a deposit down on a house, and feeding giraffes across the world — among other things. But most importantly, Lorna wishes to spread awareness of how breast cancer can impact younger women, and encourage women to check for the signs. “You don’t ever think it would happen to someone in this age group, but you never really know.”

Omicron boosters probably aren’t very effective against mild Covid illness, but will likely prevent hospitalizations, experts say
There’s a New Test for Pancreatic Cancer — Here’s Why It Matters for Type 2 Diabetes
The FDA Approves Tzield, the Only Drug That Delays Type 1 Diabetes
Hearing Loss and Dementia; Burden of Death From Bacterial Infections
ECFMG 2024 Update | What Does This Mean for IMGs & FMGs?