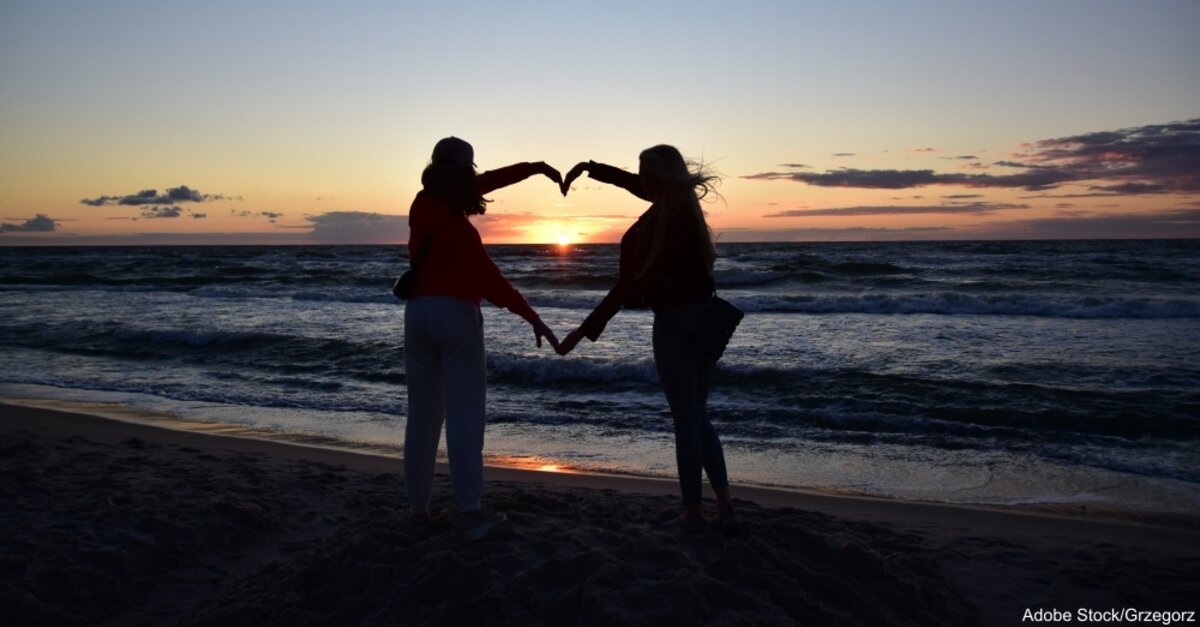 Libby-Jane Charleston and her older sister have always been close, even after they moved nearly 4,000 kilometers apart. But still, nobody expected that they’d be diagnosed with breast cancer within an hour of each other.

Libby-Jane, who lives in Sydney, Australia, makes her living as a journalist. Her sister and the rest of her family live in Perth, Australia, on the other side of the country. But they talk regularly on the phone, and during a recent call, Libby-Jane’s sister mentioned her annual mammogram and reminded her to get one too, since she’d been putting it off for a while.

Both women went separately for their mammograms, expecting all to be well as usual. But just 10 minutes before Libby-Jane was supposed to have her follow-up appointment to learn her results, she received a text saying her sister had been diagnosed with breast cancer.

“My appointment was 1 pm and at 12:50 pm Sydney time I got a text from my mother to say, “Terrible news; your sister has cancer, and she’s going to have to start treatment immediately,’” Libby-Jane recalls.

She, of course, went into her appointment expecting everything to be fine and that afterward, she’d be able to focus more on her sister, even though she’d been called in fairly urgently for the appointment. What were the chances, after all, that both women would be diagnosed with the same type of cancer on the same day? She left her partner in the car and went in to see her doctor.

Once inside, Libby-Jane was led to a room that wasn’t a traditional exam room; it had more seating and tissues and less medical equipment. It was then that she knew for sure that something was amiss. A few minutes later, she received her own cancer diagnosis, ductal carcinoma in situ.

Of course, Libby-Jane’s partner was quickly called in for moral support as Libby-Jane struggled with the shock and grief associated with the diagnosis. After the appointment, she had to call her mother and sister and tell them the upsetting news.

Luckily, Libby-Jane’s cancer was fairly mild and easy to treat and had a 95 percent recovery rate. She and her sister are both doing well and hope to fully recover, although her sister’s cancer journey may be much longer.

“I’ve already had surgery to remove cancerous cells,” Libby-Jane says. “My sister is further ahead than me, so she has to go through chemo…she is incredibly strong, incredibly brave.”

Through it all, Libby-Jane continues to be grateful that her sister encouraged her to get a mammogram, which helped find her cancer before it had much time to grow and spread.

“I feel like my sister saved my life, because…I wouldn’t have had a mammogram if she didn’t have one.”

Libby-Jane chose to share her story publicly to encourage other people to do their regular self-exams and get their mammograms. And don’t forget to be a good sister to somebody else in your life and remind her to get checked too!