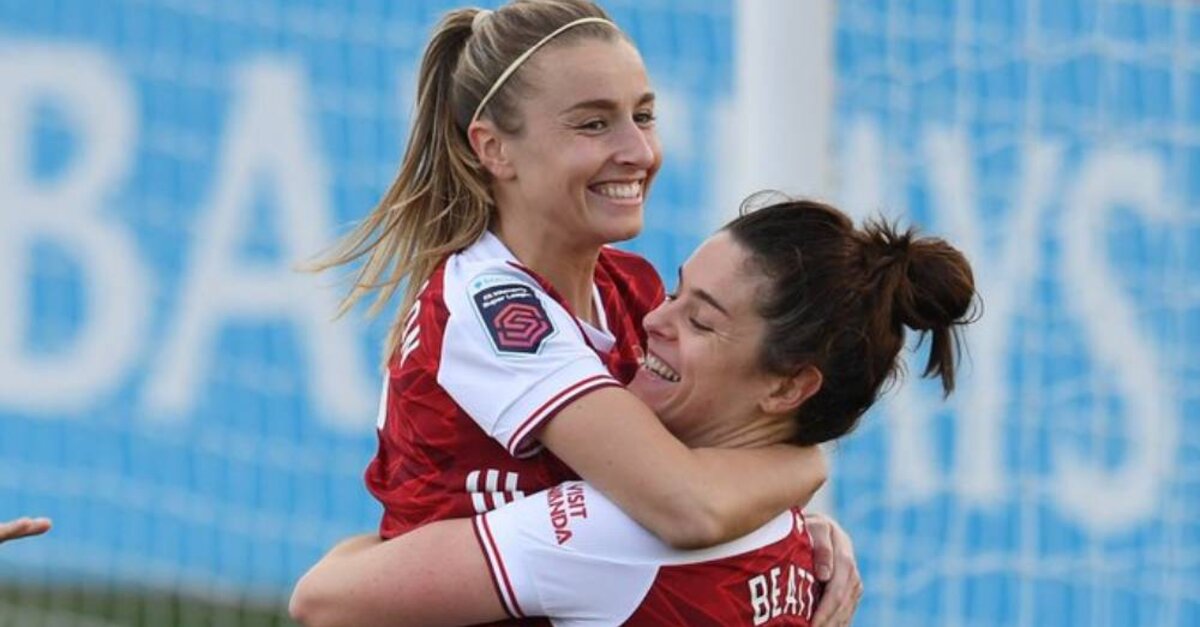 A few days after sharing that she had been diagnosed with breast cancer, a Women’s Super League soccer player in the UK scored a goal and was named Player of the Match.

Jen Beattie, an Arsenal Women and Scotland defender, found out that she had breast cancer in October. She’s been playing ever since, including in a performance on December 20th that helped her lead Arsenal to a 4-0 win against Everton. She also scored a goal in a 5-0 win against Brighton three days after her diagnosis.

After her goal in the December 20th match, Beattie was immediately surrounded by her teammates in an on-field celebration.

She was touched, saying, “This is exactly why I love sport and I love football, the sense of community… Every single person who messaged me on social media, on my phone… It’s been unbelievable and I’m so, so grateful for everyone.”

She told the BBC that the support of her teammates has meant the world to her because coronavirus restrictions have meant she can’t see her family.

Beattie’s cancer was found early enough that chemotherapy will not be needed. She did have a lumpectomy and will need to do radiation. She was still scared when she was first diagnosed, though.

“I’ll be honest, you automatically think the worst. I asked the question: ‘Am I going to die?’ It was complete panic and disbelief and I was scared. That was the overriding factor throughout the whole process,” she said.

The 29-year-old is using her experience to remind women that cancer can be diagnosed at a young age, even in an athletic, healthy person like herself. She also said that she has friends who work in the UK’s National Health Service who have told her screenings are down this year.

She explained, “I know people are maybe scared to go to the hospital and scared to get checked out because of Covid, but there are still ways to do it.

“I have friends who work in the NHS and they’ve said diagnoses have gone down massively for cancer this year, and that scares me so much, knowing that people are sitting at home and can maybe feel things but are too scared to go in.”

She said it may not be a fun process to go through, but it’s better than the possible ending if people don’t get checked. She’s encouraging everyone to make sure they schedule those appointments, whether they’re “29 or 79.”

Secrets of ‘SuperAgers’ who possess brains as sharp as people 20 to 30 years younger
How NatWest Group are making a difference this Giving Tuesday
Migraine Changes Brain Structure At Micro-Level, Study Shows
Unusual Zika virus-specific antibody exhibits ultrapotent neutralization
Discover how to be a mental health advocate and learn about your rights