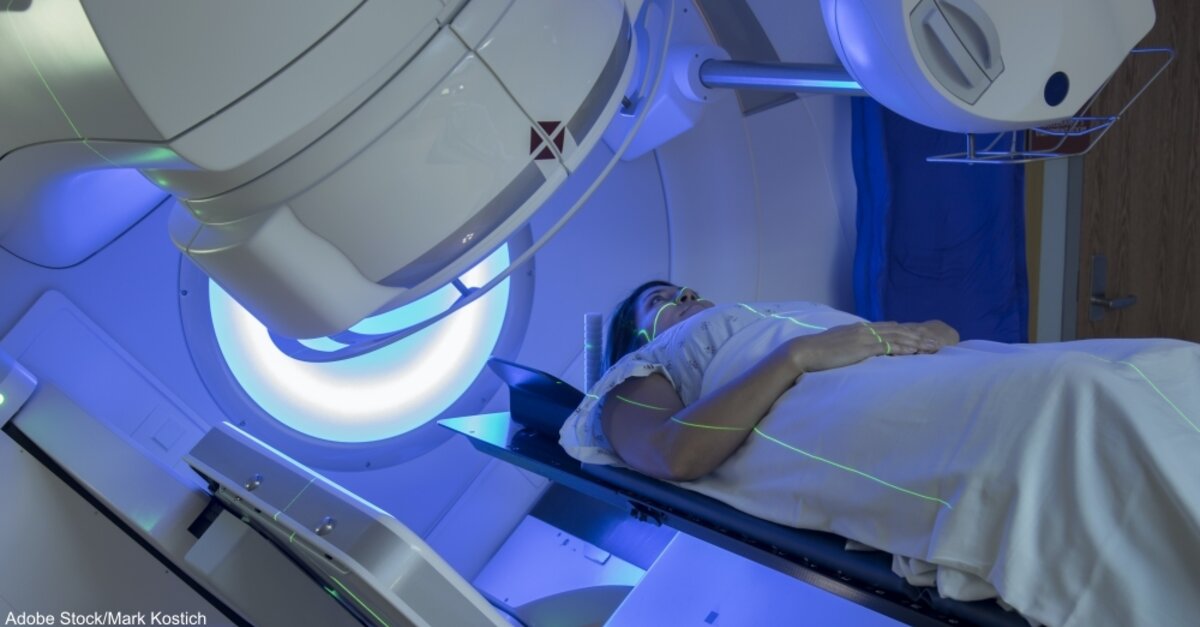 When a cancer patient is undergoing radiation treatment, neither she nor the radiation therapist providing the treatment can see the actual beam of radiation. Once the patient is properly marked and positioned for treatment, it’s impossible to see whether the invisible beam continues to hit the right spot throughout the session.

Of course, radiation therapists are careful to make sure the area being treated is perfectly lined up so that the treatment is effective and the radiation doesn’t harm any healthy cells outside of the treatment area. However, if the patient moves during treatment or if the equipment somehow slips from its original position, the radiation treatment may not work the way it is supposed to, and unexpected areas of the skin may be affected.

Thanks to a system called Cherenkov imaging, however, some cancer patients are getting a better experience than they used to. Cherenkov imaging provides a visual representation of the invisible beam of radiation, allowing the patient and the therapist to see exactly where the radiation is being directed in real time. In this way, the beam can be constantly monitored for accidental shifting and repositioned as necessary.

The system works by capturing light emissions during radiotherapy and creating a visual image on the skin’s surface in the exact shape of the area being targeted by radiation beams. The system ensures that every single linac pulse contributes to the image in real time, and the intensity of the light generated by the system is in direct proportion to the dose being delivered.

At the Dartmouth-Hitchcock Medical Center, the Cherenkov imaging system is being used to give patients a better outcome after radiation therapy. The team there, led by Lesley Jarvis, conducted a study examining the usefulness of Cherenkov imaging in clinical practice.

“In this limited cohort, we found opportunities to improve treatment delivery for individual patients,” write the authors. “Of specific clinical importance, we show that Cherenkov imaging can detect stray radiation dose to tissues. Currently, there is no practical technique available to monitor contralateral breast dose or dose to other adjacent anatomy on a daily basis.”

“Typical ROIs (regions of interest) for optical surface imaging systems are often focused on a small area and do not detect alignment issues outside of the ROI,” write the researchers. “This may have the consequence of giving the clinical team a false sense of security.”

The team is now planning a large retrospective analysis of clinical data from patients receiving radiation therapy at Dartmouth-Hitchcock to further investigate the benefits of Cherenkov imaging.