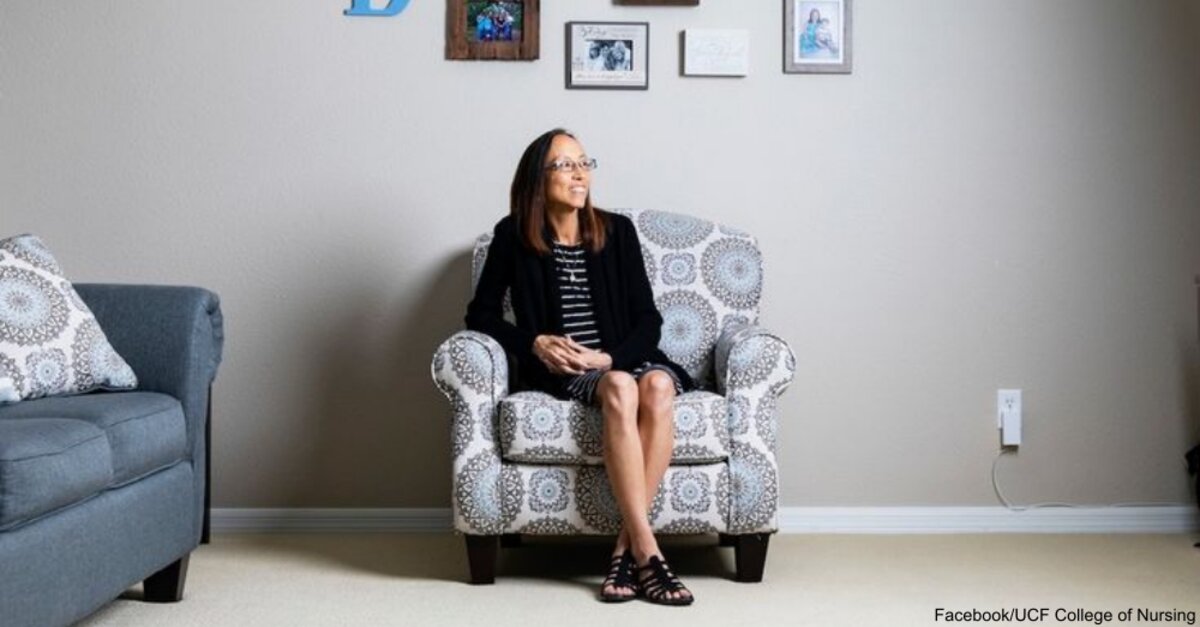 In 2015, Joyce Degennaro was diagnosed with stage IV breast cancer. The diagnosis was understandably distressing for the nursing professor, but she refused to allow the disease to keep her from being an awesome nurse and teacher.

“I had a CT scan, and the doctor came back and said, ‘You do have cancer. It looks like cancer has spread to your lymph system,” Joyce recalled.

She continued teaching at the University of Central Florida College of Nursing while she sought treatment and decided to use her lump as a teaching tool in her classes.

Joyce’s treatment truly changed the way she taught. After she realized what it was like to be on the other side of the healthcare system, she began documenting her experience and teaching her students about how to be more compassionate and thoughtful nurses.

“I always thought I gave really good care until I was on the other side of the stethoscope,” she said. “And I was like, I can be so much better. Just the little things, like an ice pack that I never thought of that could relieve pain for someone, or holding someone’s hand.”

“She posted these videos for all of us to watch,” said nursing student Megan Donnelly, “and just the way that she connects that, her journey, into teaching in a very personal way, it’s amazing. She probably doesn’t even know how many times me and my friends will text each other and talk about her and be like, ‘If she can do everything she’s doing, we can definitely do this.’ I don’t think she has any idea the impact she has on all of us.”

For years, Joyce fought her cancer and seemed to be winning. She even went into remission on a few occasions, although each time it was followed by a recurrence. She seemed to be doing better than expected, but then her students noticed another red flag.

“She was absent from class one day,” Donnelly recalled. “Whenever she was late or absent, we’d all get super worried.”

Days later, Joyce posted on Facebook that her cancer had returned with a vengeance. It had spread farther than ever before.

Shortly after Thanksgiving, Joyce went into the hospital, where she later passed away from her disease. She was just 41 years old.

“The biggest loss really is those that will never be able to be taught by her,” said UCF College of Nursing Clinical Coordinator Kate Dorminy. “Those of us who will have to continue on without her, because she played such a significant role.”

Joyce touched thousands of lives while working at UCF, and she will be dearly missed by all her students and colleagues, who continue to remember her as the woman who powered through a difficult time in her life to continue teaching because she knew how important it was.

“I think 10, 20, 40 years down the line…I think we’re all going to be keeping her in mind even then,” said Dorminy. “I wish I could talk to her kids, because that’s what I think about the most. To just let them know, ‘Your mom changed the world.’”

Joyce’s students and colleagues wore pink in her memory the Wednesday following the announcement of her death. May this wonderful woman, mother, and educator rest in peace after her job well done.

CDC ends recommendations for social distancing and quarantine for Covid-19 control, no longer recommends test-to-stay in schools
Long Covid Symptoms Affect One In Eight, Study Suggests
What Are Growing Pains? Turns Out No One Really Knows
Can The Monkeypox Virus Spread On Clothing, Grocery Items?
Wrapping Up Our “Five Questions With…” Series