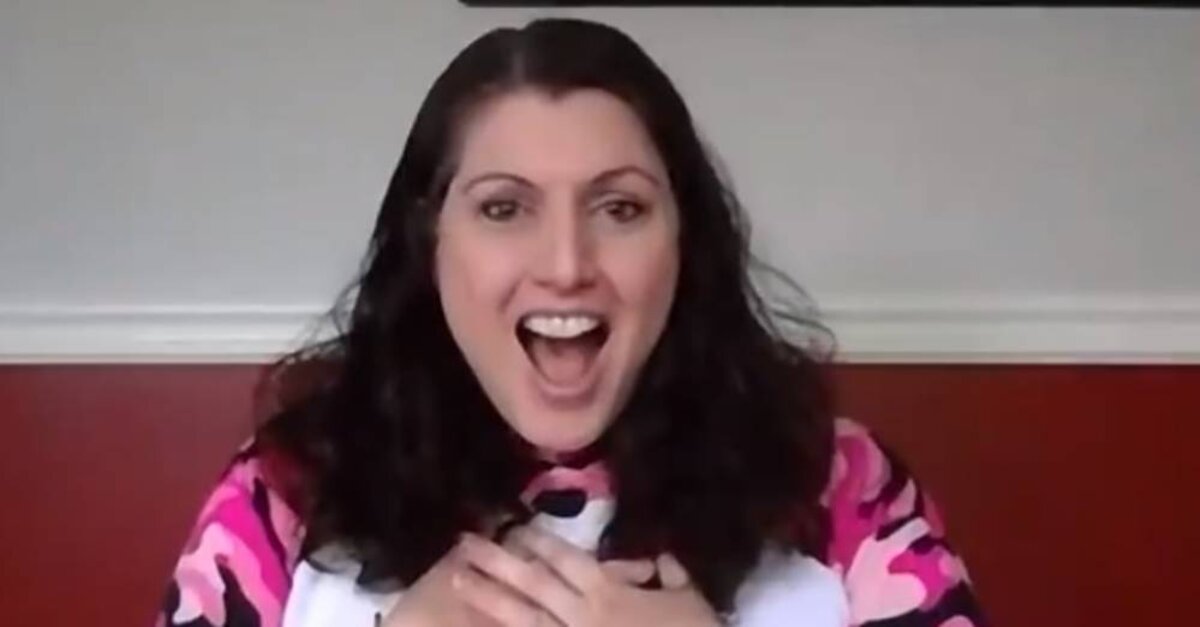 Getting cancer treatment is draining, both physically and mentally. One woman battling breast cancer decided to put a positive spin on her situation by doing one random act of kindness during each of her recent 33 radiation treatments. That got her a spot on an NHL roster… an honorary one, anyway.

Angelique Fong is a two-time breast cancer survivor and massive Anaheim Ducks fan. The team surprised her as the season got underway by naming her the 21st Duck. That’s a yearly tradition they observe every opening night. The lucky fan is someone who embodies the spirit of courage, inspiration, character, or perseverance.

The devoted hockey fan learned the news from Ducks captain Ryan Getzlaf on a video call posted to social media. That was an even bigger surprise because she had thought she was just going to be speaking with Ducks TV host Aly Lozoff and Susannah Torok from the Susan G. Komen Foundation. Then Getzlaf showed up.

He asked Fong how she was doing, and after her initial surprise and shock, she said, “I am great now!”

As Fong smiled through the greeting with Getzlaf, he gave her the great news, saying, “I heard all about your story and all the battles you’ve been through. We’d like to invite you to be the 21st Duck.”

He told her that her story gave the rest of the team inspiration to focus on the positives in life and that they were proud to have her in the honorary position. Fong gladly accepted the offer, as she spoke about how much the Ducks and this recognition mean to her.

She clearly did a lot to earn it. Among the random acts in her “Radiate Kindness” effort were monetary donations to her favorite causes; donating items like homemade blankets to fellow cancer patients and children, pet supplies to OC Animal Care, and books to the library; and little things like paying for the order for the car behind her at the drive-thru window. She also counseled first-time patients, volunteered at a mobile mammography unit, and ran dozens of races that she dedicated to her fellow cancer patients.

Throughout her cancer battles, the Ducks always helped her move forward. That’s one of the reasons she was so excited and that her mom was excited to hear the news.

Fong said, “Oh my goodness. I said ‘Mom you won’t believe who just Zoomed me… I said, ‘Think of a favorite of ours from the sports world,’ and then right away she came up with [Getzlaf]. Then she was like, ‘What did you do? Why did he call you?’ And I’m like ‘Wait ’til you hear!’ And she was so excited she got all teared up and then the first thing she asked me is if I get to go into their locker room, and I said ‘No mom, no!’”

To see the Zoom call, check out the link below.

Angelique Fong is a passionate Ducks fan who has inspired us with her tremendous courage and positivity in the face of adversity. We wanted to honor her with a special surprise heading into our home opener. #21stDuck | #FlyTogether pic.twitter.com/9w1SmO6GS6