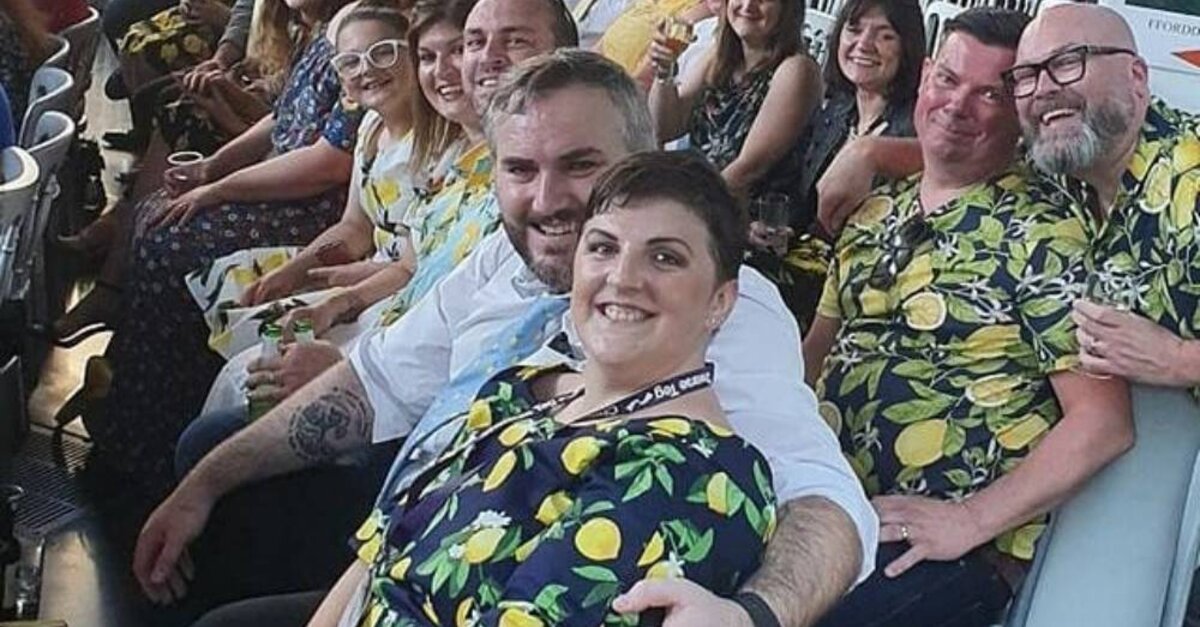 Educators can have a profound impact on our lives. One Welsh teacher’s impact extended beyond the classroom. That’s why her fellow educators are donating to a breast cancer awareness fundraiser started in her memory.

When Dawn Wilson was diagnosed with breast cancer, she took her passion for teaching in another direction: spreading awareness about the disease. She learned that she had three of 12 symptoms associated with breast cancer, and she got on board with the Know Your Lemons Foundation to spread the word about this.

Know Your Lemons aims to improve early detection of breast cancer by warning women to be on the lookout for changes within their breasts. They cover 12 possible symptoms, which include bumps, hard lumps, dimples, and new fluid. Dawn served as a patient advisory board member, a role that led her to teach thousands of people about these warning signs.

The organization says, “She advocated fearlessly (while battling metastatic breast cancer) to spread breast health education throughout Wales to reduce the likelihood that another daughter, mother, sister, aunt, or loved one is misdiagnosed or not taken seriously when expressing concern about symptoms.”

In memory of this special woman, who recently passed away, teachers at Mary Immaculate High School in Cardiff contributed £760.91 to the Dawn Wilson Know Your Lemons Welsh Educator Fund. As of January 19th, it had reached nearly 80% of its $3,000 goal.

Annmarie Wilson, Deputy Head of Mary Immaculate School, says, “Dawn joined the school as a part-time teacher in September 2019 and after only two months was promoted to Head of Department. She was a true inspiration to students, teachers and all those she met during her 12 months at the school, a sad loss to us all.”

Dawn’s passing has also saddened those at Tenovus, a cancer charity in Wales, where she worked to get the 12 symptoms information to patients.

Judi Rhys MBE, Chief of Executive of Tenovus Cancer Care, says, “At Tenovus Cancer Care, we were incredibly sad to learn of the recent passing of Dawn. She worked closely with the Charity and was instrumental in getting the ‘Know Your Lemons’ message out into GPs’ surgeries and schools in Wales.

“Passionate about raising awareness of the symptoms of breast cancer, Dawn inspired everyone with her drive and determination, and she is greatly missed.”

In order to work with Tenovus to get the 12 symptoms posters to every GP surgery in Wales, the National Health Service needed to endorse the initiative. Dawn tackled the issue with the NHS and stood on the footsteps of the Welsh Assembly to launch the campaign in 2018.

Know Your Lemons says it has reached 1 billion people online, and Dawn’s efforts are surely partly to thank for some of those.

Corrine Ellsworth-Beaumont, the organization’s co-founder, says, “She shared her life and passion for early detection not only with me, or her students, or family and friends, but on ITV with hundreds of thousands of members of the public as she candidly opened up about her diagnosis and struggles and wish to prevent it from happening to someone else. She was determined to take these lemons and make serious lemon-aid. And she did. We will never truly know how many women have discovered—or will discover—their breast cancer early because of Dawn.”

She went on to say that the fund they’ve established in her memory will allow for more educators and to continue the campaign effort that Dawn was so passionate about.

How The US Plans To Address Monkeypox Vaccine Shortage
Polio Outbreak In New York: Experts Believe Hundreds Could Be Infected
Here’s Why Violent Video Games Are So Popular, According To A Study
Dermatologist Arrested for Allegedly Poisoning Husband
5 science-backed tips to boost your endorphins