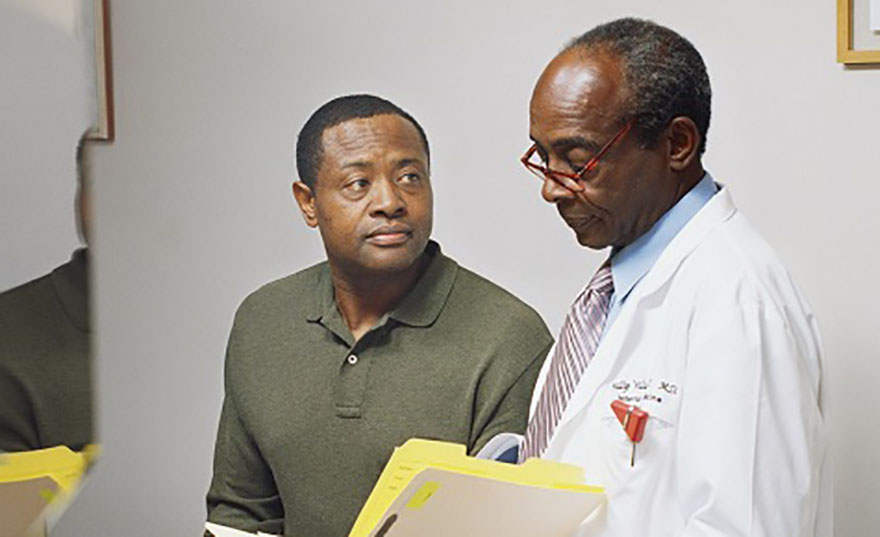 Earlier this year, when Chadwick Boseman, the 42-year-old star of the megahit Black Panther  died of colon cancer, it did not just point out the tragedy of dying young, but also the disparities in health conditions and survival among minorities. Even with presumably getting the best care, Boseman’s cancer progressed to a lethal stage IV.  And his race—African American—may partly explain it, experts say.

Compared to whites, African-Americans are at a disadvantage for cancer and other health conditions.  They are more likely to be diagnosed at an advanced stage. They may be less likely to get certain treatments. Then there is the issue of access to care, which is often less for minorities.

Among the disparities highlighted in recent research:

What Are the Experts Doing To Remedy Disparities?

Researchers who study the discrepancies, such as Pasquinelli, are hopeful that screening advice issued by organizations such as the U.S. Preventive Services Task Force (USPSTF) will change as more information comes out about disparities, tailoring the advice to different populations.

When trying to improve disparities, it’s crucial to think beyond just health care, says Hedwig (Hedy) Lee, professor of sociology and associate director of the Center for the Study of Race, Ethnicity & Equity at Washington University in St. Louis. “Where you live, work and play matters,” she says. That’s the position of the Robert Wood Johnson Foundation’s Commission to Build a Healthier America, which advocates interventions such as requiring schools to include time for physical activity, opening full-service grocery stores in communities without access to healthy foods, and many other actions.

How Can You Take Action?

“Think holistically about all the things that matter for your health,” Lee suggests. Look at issues that might not seem like health issues at first glance, she says. For instance, if you are in a community with a lack of affordable housing, know that crowded conditions can have an ill effect on health. She suggests keeping up to date on issues such as that in your community and writing to local and state officials about improvements.

If you are a minority, and especially if you know you have increased risks for certain conditions, Pasquinelli suggests talking to your doctor about screening—and whether, as a minority, you might benefit from that screening earlier or more often.